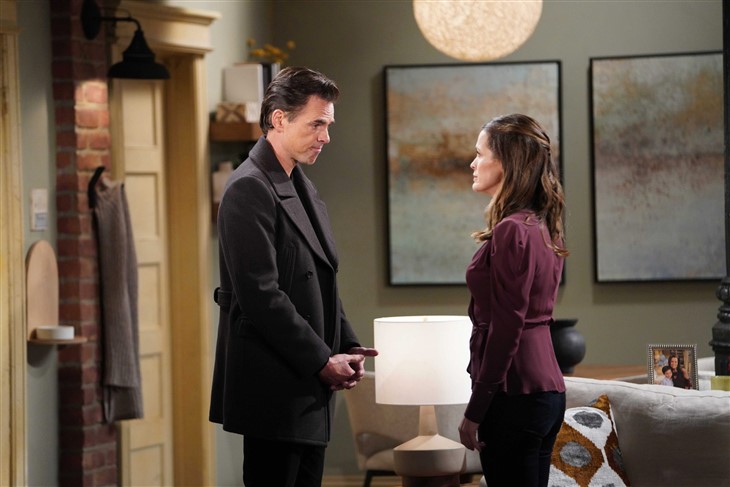 The Young and the Restless spoilers show that Billy Abbott (Jason Thompson) and Chelsea Lawson (Melissa Claire Egan) might have a dramatic improvement in their relationship. The fact that Chelsea and Billy have been getting closer recently proves that something is happening. After divorcing Lily Winters (Christel Khalil), Billy will need to take stock of his life.

In particular, Billy might infer some unanticipated inferences about Chelsea and their current relationship from it. We think there’s a chance for Billy and Chelsea to bond again. It’s amusing how the teasers always refer to “their” future, as if Chelsea and Billy are already feeling smitten with one another.

The Young And The Restless Spoilers – Billy Abbott Goes Back To Chelsea Lawson?

This won’t be a dull conversation on the future. In particular, now that half-brothers Johnny Abbott (Paxton Mishkind) and Connor Newman (Judah Mackey) are getting to know one another better, Billy and Chelsea might want to discuss how their relationship is evolving. Will Billy’s impending confession affect his romantic life? Chelsea would surely stick by his side even after his split from Lily. Billy is rumored to have a confession to make, so Chelsea will certainly be paying close attention.

The Young And The Restless Spoilers: Kyle Can Not See Summer Is Right – Jeremy Hard To Eliminate

Billy was willing to acknowledge that Chelsea had a hand in his problems with Lily, but perhaps not in the way she had initially suspected. He might admit to having affections for Chelsea and think that Lily was aware of them. Billy will naturally take care to avoid upsetting Chelsea or doing anything that could harm her mental health.

Y&R Spoilers – It Started Out With A Kiss, How Did It End Up Like This?

But Chelsea is now doing much better and sincerely wants to be someone Billy can be honest with. A few exciting love scenes will be necessary for the show to maintain viewers’ interest. Maybe Billy will kiss Chelsea to go along with this upcoming confession since it’s time to move on.

Will Chelsea and Billy be overcome by the excitement? Will Billy kiss Chelsea even if he feels he has gone too far, only to find out that Chelsea has the same thoughts? Bill is going to reveal something, though, that might compel them to alter their relationship—which is wonderful news for Chelsea.

What do you think? Is this a problem or do you think that Billy and Chelsea should be together and that Billy never belonged with Lily, to begin with? Share your thoughts and remember to keep watching the CBS soap to see what happens next.

Travis is a massive film dork, book reader and record collector who enjoys the hilarity of reality television. Seriously addicted to the internet and when not glued in front of the screen is out riding his bicycle.