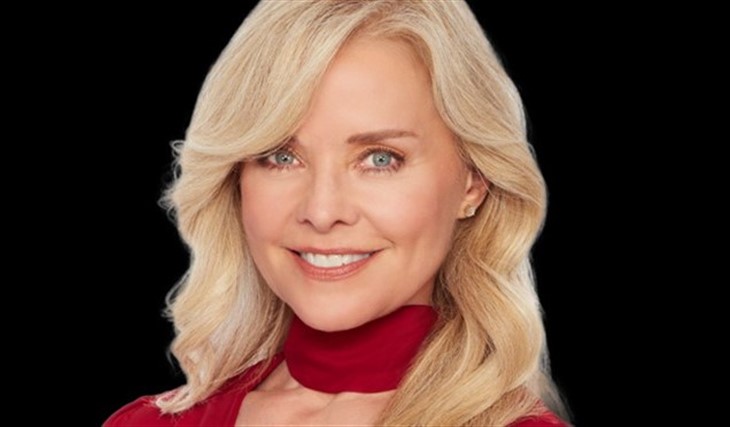 Kristina and Jack Wagner’s younger son, Harrison, was found dead in a parking lot in June of 2022, at the age of 27. His official cause of death was released in December explaining that he passed from an overdose of fentanyl and Xanax. The Wagners also opened a scholarship fund for their son called the Harrison Wagner Scholarship Fund.

All these months later, his mother, Kristina, who has played Felicia Scorpio on and off on General Hospital since the 1980s, gave her thanks for those who have been there to support her during this time, showing her optimistic and positive attitude, while praising her surviving son.

“Since the horrible death of my son 7 months ago I often experience pride that fills my heart so full I think it may burst. Pride at my oldest son, Peter, for all he achieves despite the odds,” Wagner wrote next to a photo of herself with Finola Hughes and her friend Glenn. “Pride with my community of friends for their love, compassion, empathy, and thoughtfulness. I have noticed others in my life and strengthened those bonds. Watching Peter and his dad carry on encourage me to carry on. Pictured above are two of my closest friends, Finola and Glenn. They have encouraged me on the journey of grief from the start. And Johnny W the dog.”

In September, Wagner paid a beautiful tribute to her son, remembering a special Mother’s Day.

“A couple of Mother’s Days back I drove up to Harrison’s place and he greeted me, ‘Thank you, Mom.’ I’m sure if he could show his face right now he would join me in thanking you all for your love, condolences, and flowers. And I’m pretty sure he would say, ‘Thank you for taking care of my Momma.’ I carry Harrison in my heart forever and the joy he radiated to others. He was a unique man indeed.”

Despite all she has gone through over the past seven months, Wagner has still been brining Felicia to life as the character has had a resurgence and fans couldn’t be happier. Stay tuned to General Hospital weekdays to see how these stories play out.