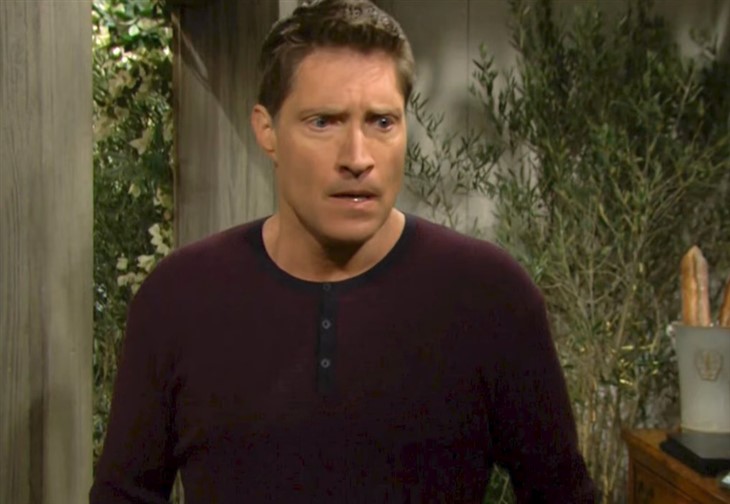 The Bold and the Beautiful (B&B) spoilers and updates tease Deacon Sharpe (Sean Kanan) has been surprised by a shocking turn of events. Deacon had believed that Sheila Carter (Kimberlin Brown) would go to jail. Deacon has found out that Sheila is free and that she is in a relationship with Bill Spencer (Don Diamont). Deacon is concerned about Sheila and Bill’s unexpected relationship.

Deacon had wanted to help Sheila. Deacon knew that Sheila wanted to find a way to be a part of her son Dr. John Finnegan (Tanner Novlan) and her grandson Hayes Finnegan’s (Iliana and Vienna Norris) lives. Deacon could understand that Sheila was having trouble connecting to Finn because of Finn’s wife Steffy Forrester (Jacqueline MacInnes Wood). Sheila has a turbulent and complicated history with Steffy and her family. Deacon hoped that Sheila would be able to get Steffy to give her a chance to be in Finn and Hayes’ lives.

The Bold And The Beautiful Spoilers: Brooke Begs Bill To Save Himself From Sheila, Sheila Plots

Deacon has found out that Sheila has been able to secure her freedom. Deacon has been stunned that Bill would want to help Sheila. Sheila and Bill have not associated with each other in the past. Deacon may find out that Bill was able to help Sheila out of her legal troubles. Deacon will believe that Sheila was able to find a way to manipulate Bill into helping her. Sheila will inform Deacon that she and Bill are in a committed relationship. Deacon had thought that he and Sheila could have a future together. Deacon may have mixed feeling about Sheila and Bill’s relationship. Deacon may decide that he wants to find out more about Sheila’s involvement with Bill.

The Bold And The Beautiful Spoilers: Carter Is Bound To Lose Katie, Another Love Lost https://t.co/NuTe2ejfjn #BB #BoldTheBeautiful #Spoilers pic.twitter.com/dEy7kXtobs

The Bold and the Beautiful Deacon may believe that Bill could decide that he will turn on Sheila. Deacon knows that Bill has been ruthless in the past. Will Deacon be able to convince Sheila that she needs to be on her guard around Bill? Deacon may believe that Sheila will be able to handle Bill. Will Deacon decide that he does not need to worry about Sheila being in Bill’s life? Deacon may decide that Bill needs help to get away from Sheila. Will Deacon try to find a way to help Bill get Sheila out of his life? Be sure to catch up on everything happening with B&B right now. Come back here often for The Bold and the Beautiful spoilers, news, and updates.