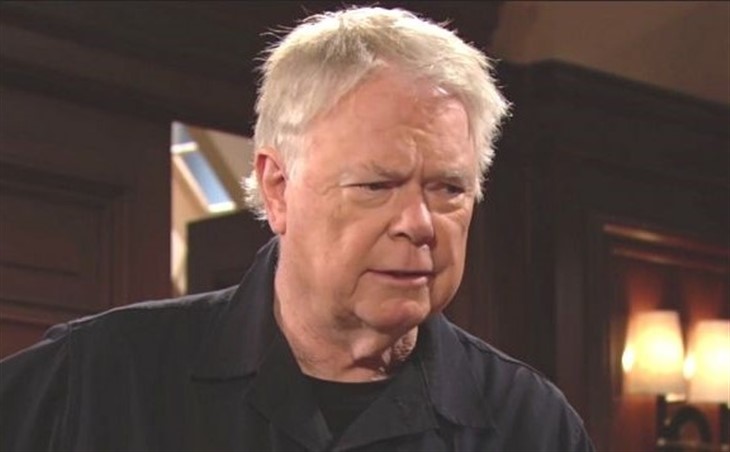 The Bold and the Beautiful (B&B) spoilers for the week of January 23, 2023 show that fans will get to see the lovable Forrester Creations security guard back in action, the one and only Charlie Webber (Dick Christie) who has cracked more cases than the LA cops who respond to the scene of B&B crimes.

Look for Charlie Webber to appear on Friday, January 27.

The Bold And The Beautiful Spoilers – The week of January 23, 2023 Charlie Webber Returns

Fans may be wondering why Charlie has appeared recently without his beloved Pam Douglas (Alley Mills). Pam is the sister of the late Stephanie Forrester (Susan Flannery) and has featured in several stories over the years.

For fans who may not know, Mills is currently starring as Heather Webber on ABC’s General Hospital. She is doing a bang up job as a loon, a character quire different than her lovable Lemon Bar Lady role.

This week fans will also see Henry Joseph Samiri as Douglas Forrester. Douglas is the son of Thomas Forrester (Matthew Atkinson) and as such he has had quite an eventful life.

In fact, Douglas is quite the detective, just like Charlie. Douglas was the one who figured out the baby Hope mystery and he recently spilled the beans about his evil dad lying to his family. So, maybe Douglas Forrester could be the one to solve the mystery of why Bill Spencer (Don Diamont) is acting so weird lately? Look for young and adorable Douglas to be onscreen on the CBS sudser on Thursday, January 26.

Will he be the one to blurt out what is really going on with Bill and his new love Sheila Carter (Kimberlin Brown)? This stunning story has B&B fans up in arms in a way they haven’t been for some time. Just when they were about to revolt after one two many versions of Tridge vs. Bridge, along comes a wild plot out of nowhere.

The Bold And The Beautiful Spoilers – What Happens in LA The week Of January 23, 2023?

Tell us B&B fans, what do you think is going on with Bill and his sudden infatuation with evil Sheila? Is She brainwashing him? Does it have to do with his little sword necklace? We want to know!