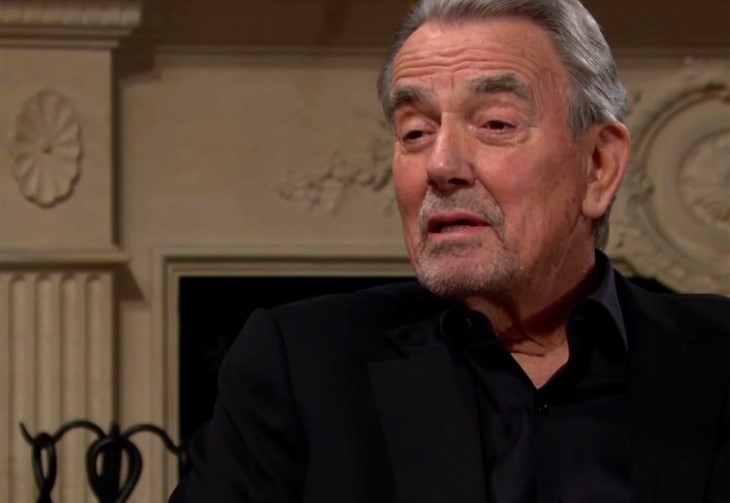 The Young and the Restless (Y&R) spoilers tease that Victor Newman (Eric Braeden) and Kyle Abbott (Michael Mealor) will continue to conspire against Adam Newman (Mark Grossman), as well as against Sally Spectra (Courtney Hope).

Sally will make a confession during the week of January 30. The confession will likely be about her pregnancy. We can expect Sally to finally tell Adam that she’s pregnant, something that will renew Adam’s fascination with the redhead.

Victor is going full steam ahead on his plot to sabotage Adam at Jabot. Victor thinks that if he can get Adam fired, he would have no other choice but to return to Newman Enterprises. Everyone but Victor sees this plan as destined to fail. Victor thinks this plan will work, and it will force Adam to work alongside Nick Newman (Joshua Morrow) and Victoria Newman (Amelia Heinle).

The Young and the Restless spoilers say Victor has another target in mind in his sabotage plans. On Monday, January 23, Victor will call Jill Abbott (Jess Walton) to chat with her about Sally before her meeting. The word on social media is Victor will pressure Jill to decline her business pitch, hoping to force Sally to leave Genoa City eventually.

Lauren decides to give Phyllis advice about Diane. She’s tried to stay out of her friend’s ear about her obsession with Diane, but Lauren can’t remain silent any longer. She tells Phyllis that she cannot let Diane destroy her. She’s ruining her life by continuing the crusade against Diane.

Y&R spoilers state that Phyllis won’t take her advice well. This is especially true if Phyllis discovers that Jack Abbott (Peter Bergman) and Diane are now an official couple.

The Young And The Restless Spoilers– Sally Spectra Shares A Secret

Last week, Sally told Nick about her unexpected pregnancy. The next person she will tell is Adam. Y&R spoilers reveal that the secret will stun Adam. While Nick is supporting Sally as she decides what she wants and needs moving forward, at some point, the topic of the baby’s paternity will come up at some point.