General Hospital Spoilers: Tension Brews Between Taggert And Curtis — And Stella Gets Nosey About Portia’s Paternity Past 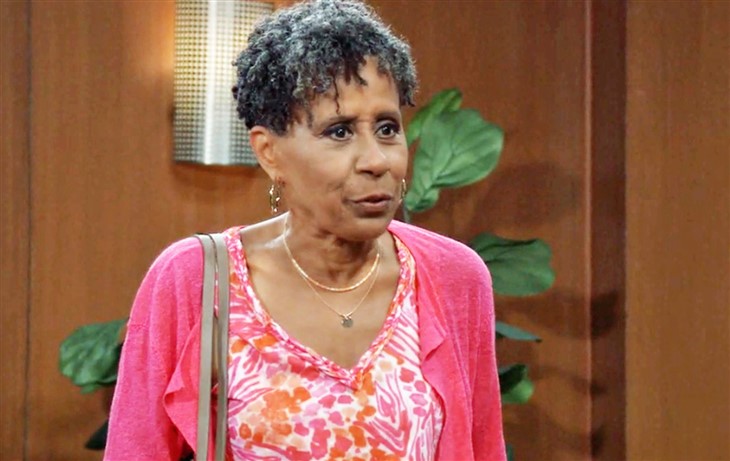 General Hospital Spoilers reveal Stella Henry (Vernee Watson) is about to turn her nephew, Curtis Ashford’s (Donnell Turner), life upside down. Stella loves her nephew and only wants the best for him. So when his ex-wife, Jordan Ashford (Tanisha Harper), shares her concerns with Stella that Portia Robinson (Brook Kerr) just might marry Curtis without telling him the truth about a major secret she’s been harboring for twenty years, Stella will be all over it. She will understand the truth that Curtis might be Trina Robinson’s (Tabyana Ali) biological father cannot come from Jordan or Portia will dismiss it and Curtis may be suspect. Stella will start asking too many questions in an effort to unearth the secret on her own so that it doesn’t come back to haunt Jordan. However, that might not matter in the end.

General Hospital Spoilers — Marcus Tagart Is Back, And Just In Time

Trina is starting to have some beef with her mom. Portia does not agree with Trina’s decision to let Spencer back into her life, and she’s been very vocal about it. Portia told Curtis she will not let this happen, to which he told her she may not have a choice. When Marcus Taggert (Réal Andrews) sides ith Portia on that front, it will make Trina want to head for the hills and spend less time at home in the days leading up to her mother’s wedding to Curtis, which Marcus has stuck around for.

Curtis tried to warn Portia that pushing Trina on this would only push her closer to Spencer and right into his arms. He also tried to tell her she needed to back off and let Trina make her own mistakes. Although he tends to agree that Spencer isn’t the greatest guy and he thinks Trina deserves better than how Spencer treated her, he respects her enough to let her choose for herself. When Trina starts to favor Curtis and treats Marcus and Portia like outcasts, Marcus won’t take kindly to it. He’s not going to take his anger out on his daughter though. Instead, he’ll dish it out in Curtis’ direction.

General Hospital Spoilers — Stella Henry Noses Around Too Much

This is where Stella comes in, concerned that the lot of them aren’t doing so well on the brink of blending themselves as one big happy family. When Stella asks one too many questions and Portia claps back, it might leave Curtis on edge wondering what’s going on with his soon-to-be wife. First, she was pushing his father, Marshall Ashford (Donnell Turner) to engage in tests he wasn’t ready for and he had to tell her to mind her own business; now Portia is telling Stella the same thing. This love story might start to unravel when Marcus reminds Curtis of who Trina’s real father is, and Stella steps in to correct him. Stay tuned for more GH news and spoilers just around the corner.