General Hospital Spoilers: Who Will Unburden Terry By Becoming The New Co-Chief Of Staff? 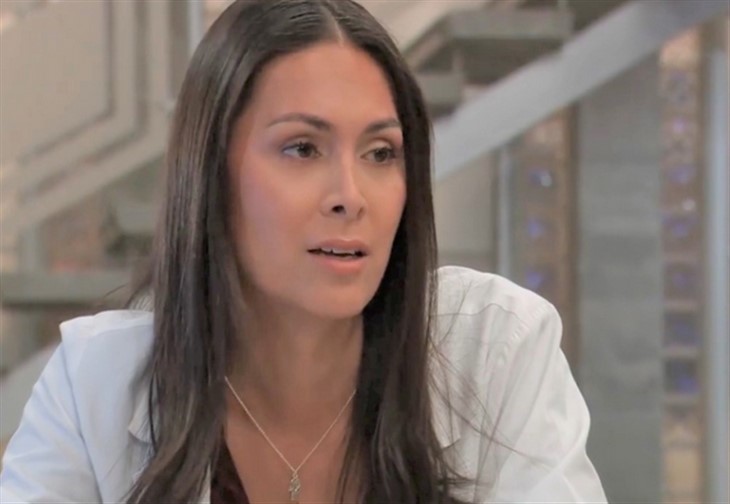 General Hospital Spoilers tease Dr. Britt Westbourne (Kelly Thiebaud) has been gone for weeks and the staff at GH are still coming to grips with the idea that they’ll never see her again. This is especially hard for her Co-Chief of Staff, Dr. Terry Randolph (Cassandra James), who has felt the weight of Britt’s absence every day since she died. Working this role alone hasn’t just put a damper on Terry’s spirit though. It is an enormous task to run the hospital and being left to do it while mending her broken heart over Britt’s death is difficult. Terry knows she needs to help Monica Quartermaine (Leslie Charleson) find someone else to fill Britt’s shoes though, and she just might have a few people in mind.

Austin Gatlin Holt (Roger Howarth) might be a serious contender as the next person to fill Britt’s role as Co-Chief of Staff at the hospital. He may not have much management experience, but he’s good with people and heck, he’s got just as much experience as Britt ever did. GH has always welcomed prompting people and letting them learn the ropes in their own time. It appears to be the only hospital in the world not concerned with liability. Putting Austin into this role could seriously ramp up the pressure his cousin, Mason (Nathanyael Grey) and the elusive “boss lady” ordering Austin around put on him to bend hospital rules in their favor, making for a fresh new storyline for Austin’s character.

General Hospital Spoilers: Ava Warns Trina That Spencer’s Motives May Have More To Do With Nik Than an Innocent Baby

GH Spoilers – Hint Hamilton Finn Is In the Running

Hamilton Finn (Michael Easton) might be the best choice for the job, but that doesn’t mean it’ll be granted to him. Besides, Finn likes to be in the lab cooking up cures to mystery illnesses, not pushing pencils in an office all day and analyzing hospital policy. He might not even want a gig like this. Still, he and Terry have worked together well as supporters and friends of Elizabeth Baldwin’s (Rebecca Herbst). It makes sense that whoever fills the role would be someone who either gets along with Terry well — or doesn’t at all, much like Britt didn’t, at first.

Speaking of Britt, her mother could be a choice for the role if Monica is willing to entertain it. Who are we kidding? That’s not likely to happen in this lifetime, but it doesn’t mean Liesl won’t score a sweet spot as interim Co-Chief until Monica is able to fill the position with someone more suited for it. You know, someone with a medical license that isn’t in danger of being revoked.

Sure, Monica could decide that Terry can handle this on her own, but Terry might disagree with that decision after spending the last few weeks doing just that. She’s exhausted and finds she has very little time to spend with Yuri (Cyrus Hobbi). She will relish the opportunity to have a personal life again once she’s not shouldering the burden of two people’s duties. Stay tuned for more GH news and spoilers to find out who relieves her of them.