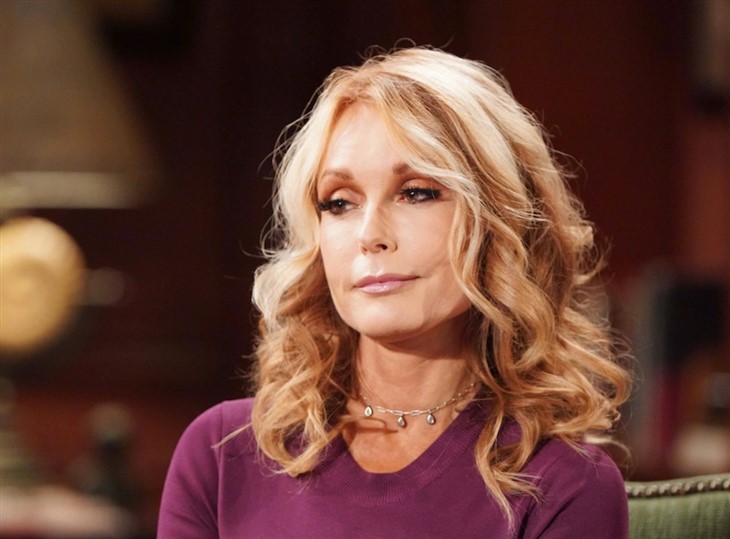 The Young and the Restless spoilers reveal the soap giving Tracey E. Bregman her very own special standalone episode.

This week marks 40 years since Tracey E. Bregman made her debut as the vixenish spoiled college student, Lauren Fenmore. The wealthy daughter of a department store magnate, Lauren first came on the scene as a young singer infatuated with Danny Romalotti (Michael Damian) and even went on tour with him, along with Traci Abbott (Beth Maitland).

Eventually, Lauren fell for Paul Williams (Doug Davidson), and the two married, but that marriage didn’t work out — especially after Lauren sent a naked photo of her husband to a magazine and he became an unwitting centerfold.

Lauren eventually married Dr. Scott Grainger (Peter Barton), which is how she became entangled with Sheila Carter (Kimberlin Brown), a crazy and obsessive nurse who worked with Scott and had an affair with him. For years, she has been happily married to lawyer Michael Baldwin (Christian J. Le Blanc), and they share a son, Fenmore. She also has a son named Scotty from her marriage to Scott.

Now, it’s time for her to receive a special fashion industry lifetime achievement award and that is how the soap honors both Lauren and Bregman with a very special episode full of flashbacks and comebacks, including Zach Tinker as Fen.

“It a pretty extraordinary feat to go through 40 years of material to find these great moments for fans to relive,” Bregman said in the January 30, 2023, issue of Soap Opera Digest. “You’re going to see lots of shoulder pads and different hairstyles. I laughed out loud at a couple of them and I think long-term ad new viewers will really enjoy the episode.”

Will Lauren end up having a story that is all her own again sometime soon? She has been on the back burner for years and has not had anything really meaty to do during this time. If either one of Lauren’s sons were to return to the soap on a more permanent basis, maybe that will open up stories for her. Stay tuned to The Young and the Restless weekdays to see how these stories play out.