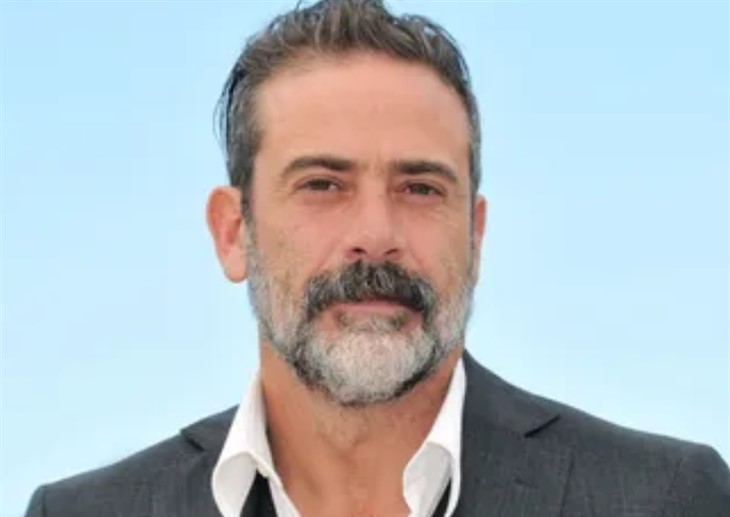 The Walking Dead spoilers and updates tease that the son of Jeffrey Dean Morgan, who plays the role of Negan Smith, made a cameo on the popular TV series. Young Gus Morgan appeared on the most recent episode titled, Out of the Ashes.

Gus appeared as a walker who’s being terrorized by some teens. His dad, Jeffrey Dean Morgan, shared to his followers back in April that his son would appear on the show. The actor said that his son was “so pumped it’s ridiculous” about his transformation into a walker.

The actor revealed that Gus passed out when he looked at himself after he was prepped to become a zombie. Fortunately, Gus didn’t have any more fainting incidents after zombie make-up was put on him for his short gig in The Walking Dead.

Jeffrey was proud of his son. He posted several photos of him getting prepared for his role. He also shared images of his son as he debuted on the TV series.

In one of his posts, the actor said, “My dude. Me, @hilarieburton and George “THATS MY BOY!! We are super proud of Gus. Thanks to @amcthewalkingdead and @gnicotero for making a dream come true… a damn hoot!”

In the scene where Gus made his cameo, Judith Grimes (Cailey Fleming) immediately stops the group of teens from bullying Gus as the walker. The Talking Dead shared the clip that featured the young actor on Twitter. It was captioned, Judith being a badass AND Jeffrey and Hilarie Burton Morgan’s real-life son Gus Morgan as a walker??? All in one sneak peek??? It doesn’t get much cooler than that!” 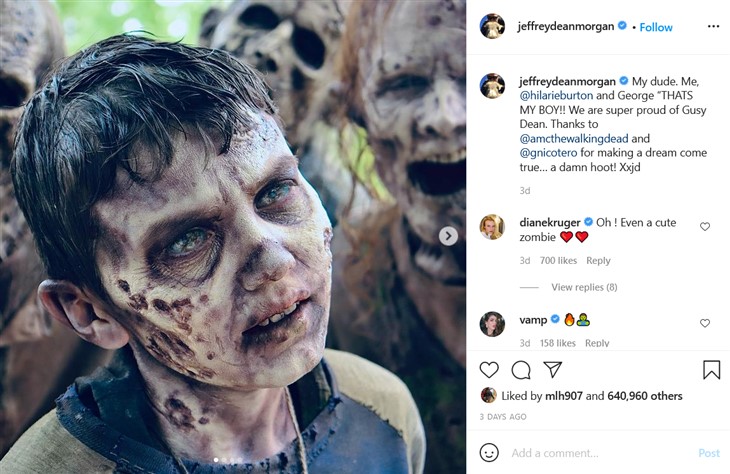 Gus Morgan isn’t the only family to co-star on The Walking Dead. Jeffrey’s wife Hilarie Burton Morgan played appeared as Negan’s wife Lucille back in season 10. She made her debut on the episode titled, Here’s Negan, which tackled the villain’s backstory and the tale behind the famous Lucille.

Morgan recently responded to a fan’s tweet regarding a possible spin-off for his once-villainous character. The actor revealed that they’ve discussed some things with the network people. He admitted that his character may die before the latest season ends so that would be a problem unless the network decides to go on a prequel instead.

Morgan said that Negan has a lot of stories to tell and the latest season is opening up a lot of windows that would allow exploring this character’s story. The actor said he loves Negan and he’s open to keeping him alive longer and to know more about him.