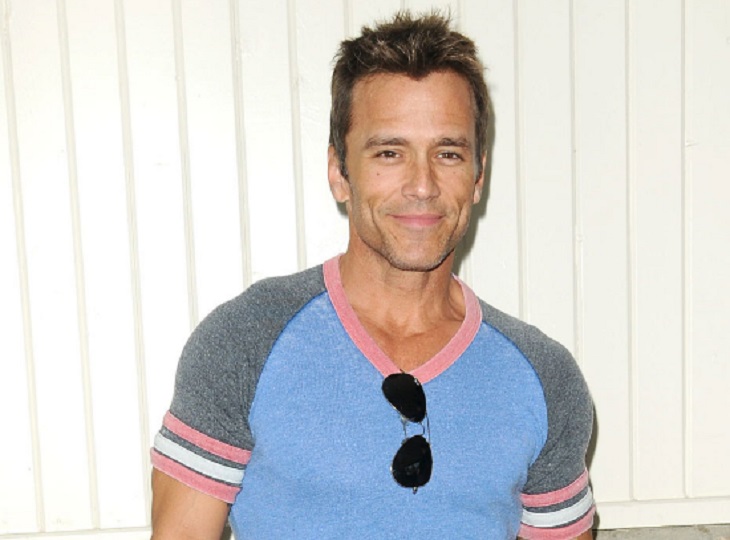 ‘General Hospital’ and ‘The Young And The Restless’ alum Scott Reeves is getting his old band Blue County back together!  Soap opera fans remember Reeves as Steve on ‘GH’ or even Kyle on ‘Y&R.’  He is also is well known in the soap opera community because he is married to ‘Days Of Our Lives’ star Melissa Reeves (Jennifer Horton).  But, Scott isn’t just an actor and a husband, he’s also a talented musician!

Scott Reeves took to social media to share a video of himself and his band Blue County rehearsing, the band is a country music singing duo made up of Reeves and fellow actor/singer Aaron Benward.  The band was created over 10 years ago, in 2004 they released an album.  Their most popular single was titled “Good Little Girls,” and made it up to number 11 of the country music charts.

Scott Reeves and Aaron Benward have apparently reunited for a special show in Nashville on Thursday June 9.  The country music singing duo is headed to Tennessee to help kick off CMA Fest 2016.  Scott’s fans were thrilled when he shared a video of himself and Benward rehearsing and revealed that you could see them live at The Listening Room.  Check out the video, a decade may have passed, but Blue County still has got it!  So, if you are in Tennessee, make sure you go check them out.

So soap fans, did you know that Scott Reeves was not just an actor, but a musician too?  Were you a fan of his music when Blue County was releasing hit songs?  Which was your favorite?  Let us know in the comments below and don’t forget to check back for news and updates on all of your favorite soap opera stars!