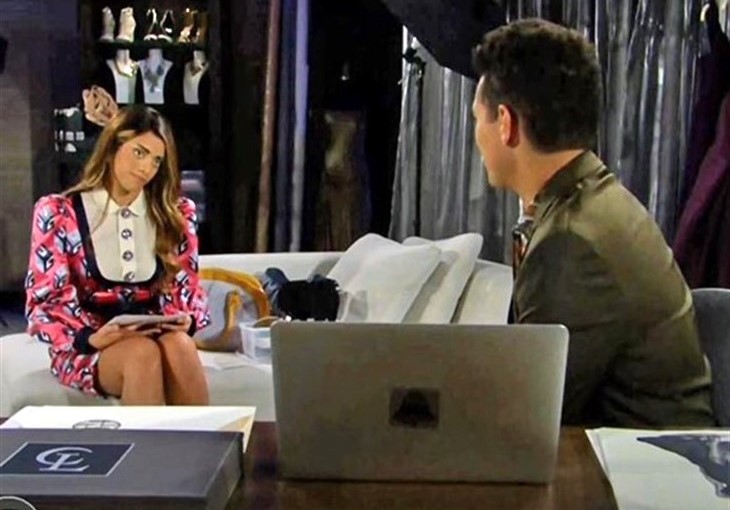 The Bold and the Beautiful spoilers document that in Los Angeles Zoe Buckingham (Kiara Barnes) received the sign she was looking for. A delayed text message, that was trapped in Zende Forrester Dominguez’ (Delon de Metz) smartphone that wasn’t updated until now, made it’s way to Zoe’s personal device. And with that, she believes, more than ever, that they need to explore whatever is between them.

Zende continues to tell Zoe that she is engaged to Carter Walton (Lawrence Saint-Victor), which is true. However, Paris Buckingham (Diamond White) has recently become his romantic focus, which has fueled Zoe’s urgency to address her and Zende’s unexplored feelings.

The Bold And The Beautiful Spoilers – Carter Walton Deserves Much Better

Carter has risked his heart in pursuing Zoe. He’s been honest from the start, telling her that she should be his wife.

Saint-Victor’s character wanted to marry Zoe in the latter part of last year after they were just getting to know each other. But she pushed off early nuptials in an attempt to gain perspective.

Zoe must tell Carter the truth directly. This hard conversation should have been had shortly after Zende returned home as part of the recast of the character de Metz now plays.

The Bold And The Beautiful Spoilers: Zoe Crossing The Line – Will Zende Give In To Her?

Zende was clearly interested in Zoe when they first met. His emotions were sincere but also tempered by his friend Carter’s presence.

Zoe committed herself to a life with Carter. So, Zende naturally believed that he needed to respect the choice both people made and didn’t cross any lines. For his sake, hopefully, Zende resists Zoe’s ongoing requests.

If Carter splits, then Zoe will be available. Whether Zende believes Paris is the better option at that projected point will be a good question to ask.

The Bold And The Beautiful Spoilers – Zoe Buckingham Has A Backstory

Viewers were first introduced to Zoe in 2018. She was Xander Avant’s (Adain Bradley) obsessed girlfriend who followed him across the pond from England. Hardcore fans know that Barnes and Bradley used English accents for awhile. The characters later agreed to change to the Americanized version of the English language during a scene that allowed fans to see a B&B writing staff decision play out on-screen.

Zoe’s later involvement with Thomas Forrester (Matthew Atkinson) was basically a rebound. But as Paris has noticed, her sister is attracted to her significant other’s connections. Yes, Zoe does appear to be seeking the best provider as part of her own career and life advancement strategy.

Zende checks all the boxes for Zoe, apparently coming out on top. So, fans will soon see if tells Carter that the engagement is paused, or off, and then attempts to couple with Zende.