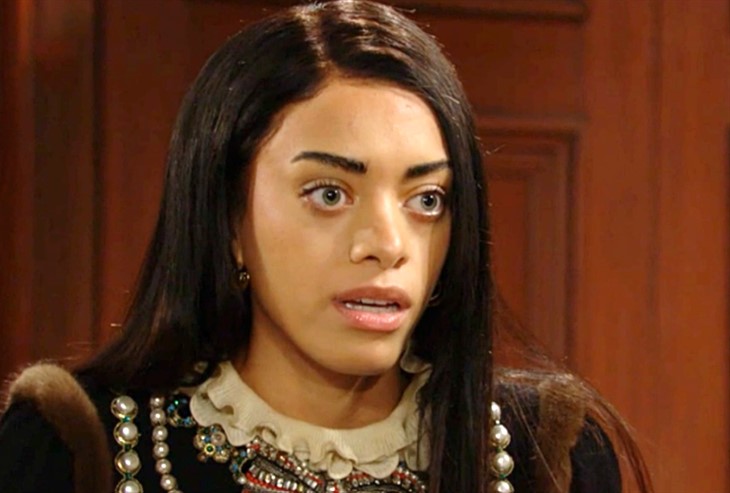 The Bold and the Beautiful (B&B) spoilers tease that Zoe Buckingham (Kiara Barnes) finally heard the hard truth. Carter Walton (Lawrence Saint-Victor) and Paris Buckingham (Diamond White), the two people who she should love the most in Los Angeles, California, were forced to lay down the law to her.

Zoe is totally irresponsible. She’s fallen back into a pattern of damaging other people’s lives as part of a self-promoting agenda. Carter’s trust was badly broken and Paris’ sibling bond is frayed as a result.

The Bold And The Beautiful Spoilers – Carter Walton Had No Choice

Carter is left reeling after allowing some time to pass and then, unexpectedly finding Zoe in his apartment. Give her credit for making a good, last-ditch effort though. But Carter was having none of Zoe’s excuses.

B&B fans may have mixed feelings for Saint-Victor’s character. He’s heartbroken, which is one of the reasons why anger was displayed.

However, it is fair to feel as Ridge Forrester (Thorsten Kaye) does. At least Carter avoided becoming legally tied to Zoe because the truth came out before a wedding ceremony took place.

B&B Spoilers – Paris Buckingham Has Seen This Show Before

Zoe’s tell to Paris was so brazen. She once again demanded that White’s character resign her position from Forrester Creations and leave town.

Paris was not surprised to see Zoe reapply under pressure because she’s experienced this side of her sister’s persona through the years. Zoe’s insecurities manifested themselves when she projected blame onto her sister, even though Paris is fully innocent of the charges that are levied against her.

Zoe didn’t like it one bit. But Paris’ reply served as needed mental medicine.

The Bold And The Beautiful Spoilers – Zoe Buckingham Must Take Responsibility

Having the opportunity to marry Carter should have represented the start of a wonderful new chapter in Zoe’s life. She disregarded his worth when not only comparing him to Zende Forrester (Delon de Metz) but in deciding that de Metz’s character was better. Then, she chased Zende for months behind her fiance’s back.

Having lost Carter and breaking what should have been a friendship with Zende, Zoe then concluded that Paris was the reason her life was a mess. Zoe’s resulting alienation period will hopefully allow her to take responsibility for her own actions and then become a better person. If she doesn’t the person who might need to start life fresh somewhere else won’t be Paris.