General Hospital Spoilers: Can TJ And Molly Help Their Mothers? 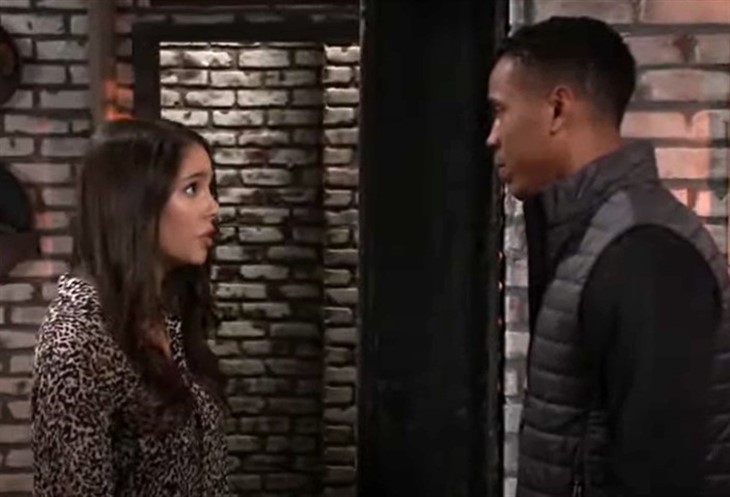 Molly and TJ have had a long-term relationship. They had some problems when TJ wanted Molly to marry him. Molly did not want a traditional marriage and turned TJ down. Molly thought that TJ wanted to break up with him because she refused his proposal.

Molly was upset and had a minor accident with her car. She met Brando Corbin (Johnny Wactor) at his mechanic shop. They ended up having a one-night stand. Later Molly found out that TJ had been kidnapped. She kept the secret of her affair with Brando a secret from TJ.

However, General Hospital spoilers show Molly told TJ the truth about the affair. It took some time but TJ forgave Molly. They are now together and happy. However, Molly and TJ have mothers that are having different problems.

TJ was upset with Jordan for a while. Jordan had told Molly that she thought that TJ did not want to be with her. However, Jordan was trying to get Molly to stop looking for TJ because he had been kidnapped. TJ has been able to forgive Jordan for lying to Molly.

However, Jordan’s lies have caused trouble with her marriage to Curtis Ashford (Donnell Turner). Jordan kept the truth that Marcus Taggert (Real Andrews) was alive from Curtis. Curtis had felt guilty that he had not been able to save Taggert when he and Taggert went to save Taggert’s daughter Trina Robinson (Sidney Makayla) and her friend Cameron Webber (William Lipton).

General Hospital recaps and spoilers tease Jordan and Curtis have separated over the lie. TJ can see that Jordan wants to get back with Curtis. Can TJ find a way to bring Curtis and Jordan back together again?

Molly and her mother Alexis Davis (Nancy Lee Grahn) have a good relationship. They both share the love for the law. Molly is studying to become a lawyer like her mother. However, Alexis has had some trouble with the law. She was disbarred because she offered false testimony because she was in a relationship with Dr. Neil Byrne (Joe Flanigan). Alexis and Neil’s relationship ended with Neil’s tragic death. Alexis began to drink again.

Now General Hospital rumors and spoilers show Alexis is facing the possibility of going to jail. She accidentally attacked Dante Falconeri (Dominic Zamprogna) because she thought that Franco Baldwin (Roger Howarth) was trying to hurt her daughter Sam McCall (Kelly Monaco). Dante has recovered from the attack but Alexis continues to have legal problems. Molly wants to help Alexis. Can Molly help Alexis to stay out of jail? Can she help Alexis overcome her drinking problems?

General Hospital Spoilers: Who Will Roger Howarth Play When He Returns?https://t.co/5xvRWyUhC9

General Hospital Molly and TJ want the best for their mothers. They want them to find happiness again. Can they work together to help their mothers to get back on track? Can Molly help Alexis find new love? Can TJ help Jordan to get over Curtis if she has lost him? Could TJ help Jordan find someone new to love?

Tune into General Hospital to find out if Molly and TJ can help Alexis and Jordan overcome their problems.  Check Hollywood Hiccups for more General Hospital spoilers, rumors, and soap opera news.