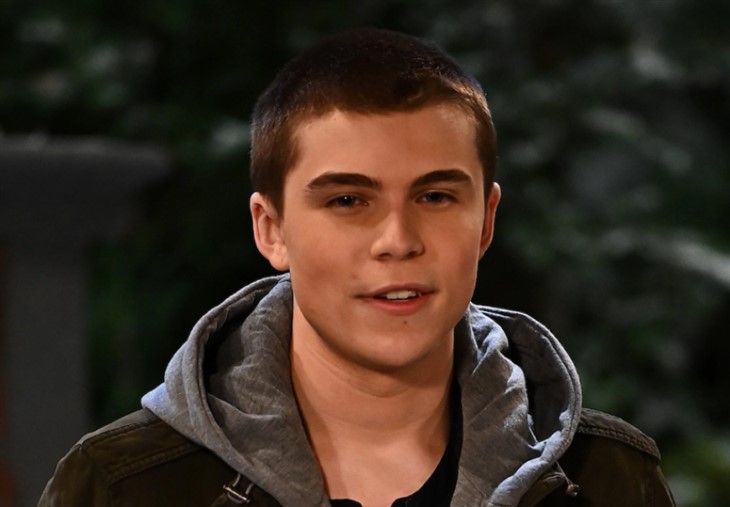 General Hospital spoilers (GH) tease that there are still questions remaining as to who really shot Jason Morgan (Steve Burton) since Cameron Webber (William Lipton) was exonerated in recent episodes of General Hospital. If Cameron didn’t shoot Jason, then who did?

General Hospital Spoilers And Rumors – Someone Was Hiding Behind The Dumpster

General Hospital viewers will recall that as Jason Morgan and Dr. Britt Westbourne (Kelly Thiebaud) were trying to get to the waiting car of Brick (Stephen A. Smith) to make their getaway, Jason was shot in the back! It appeared for all intents and purposes that Cameron had shot him, as Cameron certainly was angry enough to have done so and would have had motive, means, and opportunity.

However, after the forensic evidence all came in, Port Charles Police Commissioner Jordan Ashford (Briana Nicole Henry) exonerated Cameron, saying that the security video, having been repaired after Damian Spinelli’s (Bradford Anderson) hacking, showed a bullet being shot by someone apparently hiding behind the large dumpster. Plus, Cameron’s hands tested negative for gunshot residue and the gun he had picked up did not match the bullets that were found. General Hospital viewers will recall that as for the bullet that actually hit Jason, she removed it while they were hiding out in the Corinthos safe house. Whoever took the shot was obviously watching for Jason to come out, and Cyrus Renault’s (Jeff Kobers) goons didn’t do it – they were both shot and incapacitated, with at least one of them dead. The Corinthos henchmen certainly wouldn’t have shot Jason, so who did? Jason has a lot of enemies, but who knew he would be coming out and getting into a getaway car when and where he did?

GH Spoilers And Rumors – It Could Not Have Been Cyrus Renault, Who Could It Have Been?

General Hospital viewers will recall that it could not have been Cyrus Renault (Jeff Kober) himself – he was still at Wyndemere Castle having a family dinner with Dr. Kevin and Mayor Laura Collins, (Jon Lindstrom, Genie Francis) his brother Martin Gray (Michael E. Knight) and Nikolas and Ava Cassadine (Marcus Coloma, Maura West). That was the distraction that Carly had set up with Laura and Ava, to keep Cyrus away from General Hospital while Jason was being moved with the help of Britt. Cyrus had a call from his henchmen already at that point, but would not have had time to call in reinforcements to go after Jason, because no one he already had there was able to call him with an update! However, viewers will also recall that Cyrus had gone into “business” with someone else to make sure Jason was killed – and that person may have been hanging around the hospital when all this went down.

Peter August (Wes Ramsey) has been keeping an interested but amused eye on the condition of Detective Harrison Chase (Josh Swickard) and taunting Anna Devane (Finola Hughes) and Valentin Cassadine (James Patrick Stuart) as Dr. Hamilton Finn (Michael Easton) has been trying in vain to synthesize a replica of the antidote for the toxin Chase is suffering the effects of. Peter would have definitely been interested in finishing off Jason Morgan if he could; and if Cameron had not been in the way and so many other eyes that could have spotted him in the vicinity, he may have gotten a better shot! He even hinted to Cyrus in a recent General Hospital episode that Cyrus didn’t know that Jason had survived the gunshot or not!