The Bold And the Beautiful (B&B) Spoilers: Zoe Feels The Pain She Inflicted on Carter – Quinn Betrayal Strikes 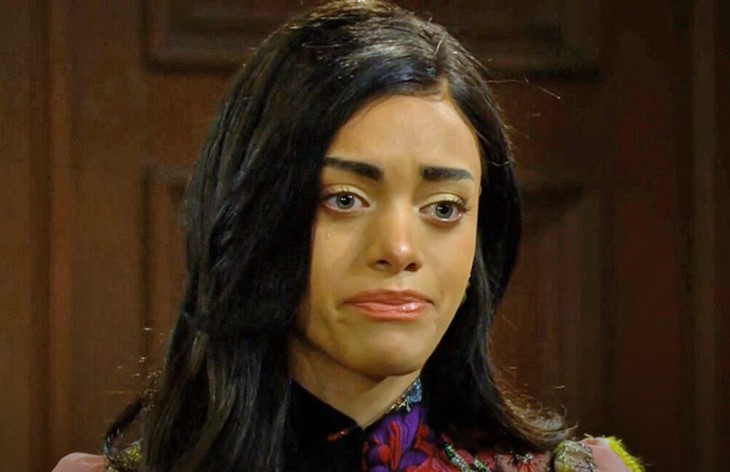 The Bold and the Beautiful (B&B) spoilers document that Zoe Buckingham (Kiara Barnes) is experiencing strife in her dealings with Carter Walton (Lawrence Saint-Victor). Dealings were used, rather than relationships because the end of his engagement enabled Quarter to form.

Zoe learns that Carter has a new romantic interest in his life. This sparks what will be the full and official end of Zarter.

Barnes is departing the cast as part of her move to join a reboot of the classic series Fantasy Island. She recently announced that her final B&B scenes were shot. Unless there are plans to recast Zoe, who has only been played by Barnes since 2018, then this character’s exit is imminent.

The Bold And The Beautiful Spoilers – Zoe Buckingham Sought Idealism

Zoe was drawn to Carter after her attempt to marry Thomas Forrester (Matthew Atkinson) ended in humiliation. Carter was again the officiant at one of the Forrester’s many weddings and or remarriages at the family’s mansion. He felt true compassion for Zoe, who was left at the altar.

So, Zoe and Carter began to bond. Carter’s interest was intense, with him quickly offering her a place in his apartment. That was followed by a similarly rushed engagement question.

Barnes’ character was overwhelmed by the whirlwind and accepted both offers. She did so as a response to the upheaval, some of which was her own doing and some which weren’t, in her life during the past few years.

Zende Forrester Dominguez (Delon de Metz) was someone who Zoe found to be deeply appealing. She believed that he moved her like no other man. Zende’s reaction to her was also open, but he resisted involvement because of her engagement and his friendship with Carter.

Zoe wants to love, but she also likes social position. Like her sister, Paris Buckingham (Diamond White), has pointed out, Zoe often mentioned that Carter was Forrester Creations’ Chief Operating Officer. That indicated interest in Carter’s access to influence.

A later reveal enabled Carter to learn that he was Zoe’s fallback choice if Zende didn’t want to pursue a relationship, which he didn’t.

The Bold And The Beautiful Spoilers: Thomas Accuses Bill Of Murder, Wyatt Walks In On Volatile Situationhttps://t.co/MXTc3Xx2iw

The Bold And The Beautiful Spoilers – Carter Walton Drawn Into Danger

If Zoe would have married Carter in the recent past, as he was hoping, or hadn’t thrown herself at Zende, with that becoming known, then Saint-Victor’s character would likely never have been talking with Quinn Fuller Forrester (Rena Sofer) about her marital problems.

The series of events that brought Carter and Quinn together are soapy, but are also believable based upon converging storylines. The outcome has Carter in danger, personally and professionally.

Zarter is already over. Queric is collapsing and should be done soon as well. That will leave Carter and Quinn together, but both people’s personal lives will be a mess. Carter’s place within FC will also be deeply endangered.