The Bold And The Beautiful (B&B) Spoilers: Bill & Liam Locked Up In Jail – Do They Both Belong There? 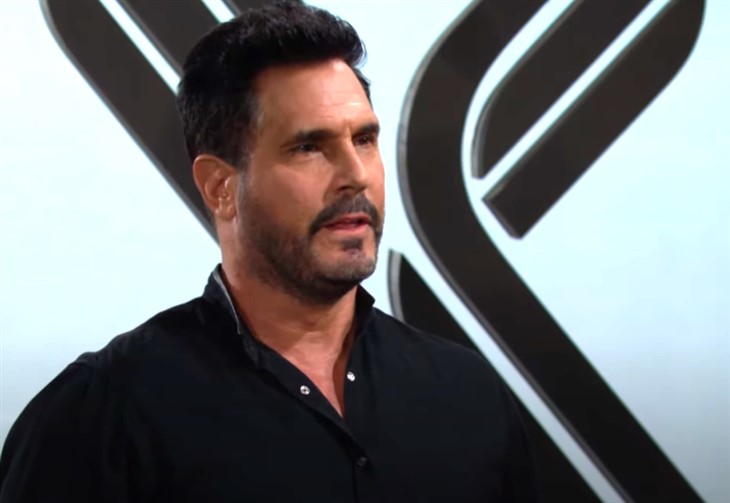 The Bold and the Beautiful (B&B) spoilers document that Bill Spencer (Don Diamont) has no one to blame, but himself. Liam Spencer (Scott Clifton) is in the same prison as his father. He has no excuses to offer to anyone, including Thomas Forrester (Matthew Atkinson).

Bill’s irrational, knee-jerk behavior on Mulholland Drive represented a series of crimes that served to turn Liam into an accomplice. As a result, both men are now facing many years in the penitentiary. Their legal defense doesn’t exist in any real form, either.

Liam is an analyzer. He’s a thinker, who tries to do the right thing when he can. But in this situation, he wasn’t able to think his way out.

So, Liam and Hope Spencer (Annika Noelle) decided to defy Bill’s amoral recommendation to remain silent. The confession Liam offered to Deputy Chief Bradley Baker (Dan Martin) was a mistake, but not for the reasons Bill believes.

Detailing what happened to Vincent Walker (Joe LoCicero) was honest. But failing to report that Bill was present and then requesting a lawyer when Martin’s character asked about Vinny’s personal possessions and what happened to the car that hit him, revealed that Liam didn’t actually think through what he was doing.

All the efforts Bill made to wipe what happened from existence are now in vain. The contents of Liam’s conversation with the Deputy Chief are currently insurmountable.

So, Bill knew he had to admit his involvement in hopes that Liam’s consequences will be lessened. That also doesn’t seem likely.

Dollar Bill was present on Mulholland Drive. He’d repressed that part of his personality for long time, in hopes of reviving Batie. That plan failed also.

The Bold And The Beautiful Spoilers – Impact On Loved Ones Devastating

Hope is now going to be raising Lope’s children by herself indefinitely. Sure, she has plenty of support. But Liam’s mistake could cost them the feel-good family they just restored for many years into the future.

As for Katie Logan (Heather Tom), her hesitation about Bill has again been reaffirmed. He simply can’t stay on the straight and narrow for any particular period of time. And time is what Bill is facing on B&B, unless some miraculous series of events set him and Liam free, with the wink implied.