General Hospital (GH) Spoilers: No Place For Brando In Sonny’s Organization, What Will He Do Next? 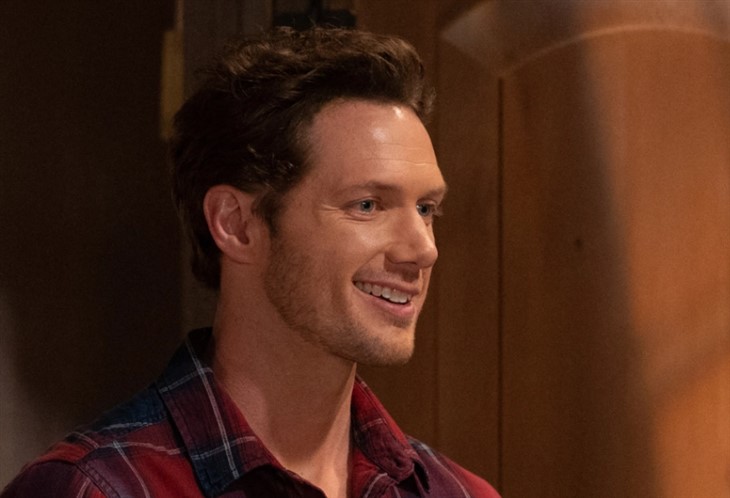 General Hospital (GH) Brando spoilers and updates reveals Corbin (Johnny Wactor) has faced many challenges since he came to Port Charles. Brando was able to save Carly Corinthos (Laura Wright) when Sonny Corinthos’ (Maurice Benard) family was under attack from Cyrus Renault (Jeff Kober). Brando had come to Port Charles to find his mother Gladys Corbin (Bonnie Burroughs) and to find out about Dev Cerci (Ashton Arbab). Sonny had needed Dev to stay in the country. Sonny got Gladys to agree to have Brando pretend to be Dev’s father because Gladys told everyone that Brando was dead.

However, Brando was not dead but he and Gladys had been having trouble with their relationship. Brando agreed to help Sonny with Dev. Later Brando went undercover for Sonny and Jason Morgan (Steve Burton) against Cyrus. Brando met Sasha Gilmore (Sofia Mattsson) while he was undercover. Sasha had gotten addicted to drugs and started to associate with Cyrus. Brando was able to save Sasha from dying of an overdose from an experimental drug that Cyrus gave her. Brando and Sasha became friends and then they took their relationship to the next level. Sasha found out that she was pregnant with Brando’s child.

Brando is a mechanic. Sonny gave Brando a car shop to run because he was helping Dev. Brando has been able to stop working for Cyrus because Cyrus has been sent to jail. Brando still wants to help Jason and Carly. Carly and Jason had to take over Sonny’s mafia organization because Sonny was declared dead after falling from a bridge in New Jersey. Brando knows about the inner workings of Cyrus’s organization. Carly and Jason told Brando that they did not want him to help them because he is going to be a father. Brando had a military career before he became a mechanic. He could decide to try to go into law enforcement or to go into security work.

Brando has found happiness with Sasha. He is looking forward to becoming a father. However, Brando could have trouble with Gladys. Brando loves his mother and wants to help her. Gladys got involved in the situation with Cyrus and got hurt. Brando has been supporting his mother during her recovery. Gladys is looking forward to becoming a grandmother. However, she is not sure if Sasha is the right woman for Brando. Gladys is concerned that Sasha might not be good for Brando because she is a recovering addict. Brando had been a drug addict but has been able to overcome his addiction.

General Hospital Brando has to decide what he wants in his future. Brando wants a future with Sasha and their child. However, Brando does not know that Gladys is not sure about Sasha. Will Brando and Sasha be able to stay together if Gladys tries to break them up? Can Brando convince Gladys that Sasha is the right woman for him? Brando wants to find the right career for him. Will Brando stay a mechanic or try a different career? Brando knows about Cyrus’s organization. Will Cyrus go after Brando from jail? Will someone in Cyrus’s organization come after Brando? Tune into General Hospital to find out what Brando’s next move will be.