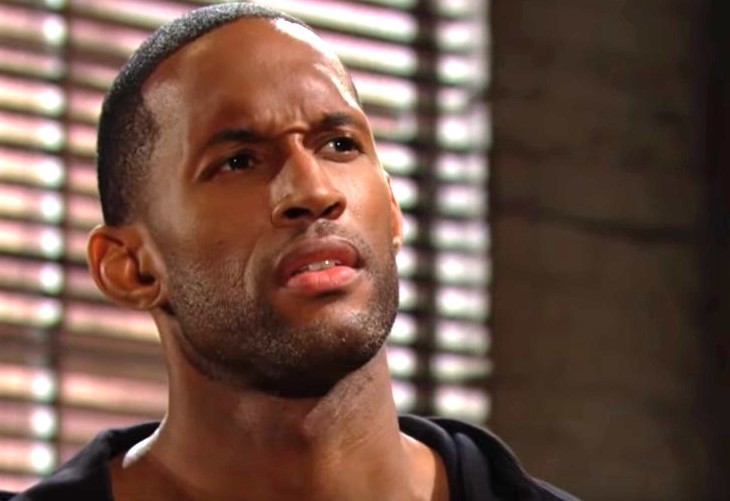 The Bold and the Beautiful (B&B) spoilers document that Carter Walton’s (Lawrence Saint-Victor) potential ouster would leave the Chief Operating Officer position open at Forrester Creations. Brooke Logan Forrester (Katherine Kelly Lang) could be given that title as a way for Ridge Forrester (Thorsten Kaye) to avoid a power struggle between his wife and beloved daughter.

But FC will need a new legal counsel if Carter is fired by Eric Forrester (John McCook) when Quarter’s next reveal drops. That implies Ridge could take Justin Barber (Aaron Spears) up on his offer, with the sequence of both attorney’s employer switches being key.

The Bold And The Beautiful Spoilers – Summer Moves On B&B

Some storylines have wrapped, while others are moving into their next chapters this summer. Quinn Fuller (Rena Sofer) told Carter that she has to let him go. But can the writing staff allow Eric to remain in the dark about his wife’s follow-up dalliance, whether Quarter stays together or not?

Something has to give after Eric learns that Carter and Quinn got together after he explicitly told his family company’s lead legal counsel and Board of Director’s member to stay away from his intended ex-wife. The easy projection is that Carter will either be fired or resign.

If these men, who have been longtime friends, share heated words, a Quinn-inspired thirst for revenge and need for employment telegraphs into Carter’s future.

B&B Spoilers – Meanwhile, Sinn Is Happy At The Cliff House

The addition of Paris Buckingham (Diamond White) to the Sinn family, as a welcomed move-in, simply adds to the upbeat atmosphere surrounding B&B’s newest couple. Sinn has already become one of this show’s most feel-good pairings in a number of years.

Viewers see that Steffy’s time away from work has given Brooke an idea. She deserves a share of the power pie at FC and has started her campaign. Steffy is the co-Chief Executive Officer with Ridge. But another lofty title would be as the fashion house’s Chief Operating Officer. That’s the title Carter accepted last year and currently holds.

The Bold And The Beautiful (B&B) Spoilers: Katie And Brooke Suspect Bill Did Something To Justin In Past #bb #BoldandBeautifulhttps://t.co/osVOnxOwHr

The Bold And The Beautiful Spoilers – Spencer Publications Has An Opening

Bill Spencer (Don Diamont) listened to Katie Logan (Heather Tom). She knew that Bill was hurt by his friend’s betrayal. However, Bill advised that he could not accept what Justin did. So, that means Spencer Publications needs a new attorney.

Carter holds the same license as Justin and is familiar with corporate law. If Ridge agrees to basically hire Justin, in exchange for not reporting him to the authorities, then the likelihood of Bill offering Carter a job increases exponentially.

Justin has dirt on Bill. Carter knows the Forrester’s. That exchange of attorneys would make for a great soap.