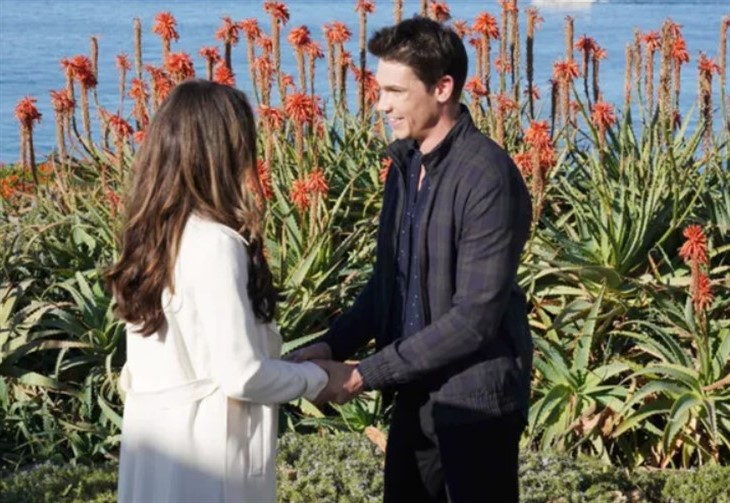 Fans may recall that Steffy had a one-nighter with Liam Spencer (Scott Clifton). When Vinny Walker tampered with the paternity test, Steffy thought that Liam was the father of her child. Finn learned about Steffy’s betrayal but still forgave her. Not only that, he was willing to raise another man’s child. Fortunately, the true DNA test results came to light. Finn proposes to Steffy, which she happily accepts.

The couple will prepare for their big day. At first, Steffy wanted to wait until she met Finn’s parents, but it seems like she’ll have a change of heart. Finn may argue that they better get on with the wedding or it may never happen because he has some issues with his family.

B&B Spoilers – Will John Finn’s Finnegan Parents Give Their Blessing?

It’s been announced that Finn’s parents Jack Finnegan (Ted King) and Li Finnegan (Naomi Matsuda) will come to town. The question now is if they would allow their son to marry Steffy. Spoilers revealed that Jack will make an unexpected visit on July 30. It’s possible for Jack to accept his son’s decision but her mom, Li, may not.

In the week of August 2-6, a mystery woman is expected to show up at the Forrester mansion before Finn and Steffy’s wedding. Li is expected to make her appearance on August 2 so it’s possible for her to be the mystery woman. Fans will have to wait and see if she’ll crash the wedding and stir up the drama before their nuptials.

Over with Carter Walton (Lawrence Saint-Victor) and Quinn Fuller (Rena Sofer), they will continue with their steamy affair and ignore the grave consequences. Elsewhere, Brooke Forrester (Katherine Kelly Lang) will have some bonding time with Katie Logan (Heather Tom).

Later on, she’ll be livid when she finds out that Quinn visited Eric Forrester (John McCook). Quinn wants to talk to Eric about their divorce and her attitude towards their impending legal separation will catch Eric off guard. It will come as a surprise to Eric that Quinn just wants to move on with their lives and won’t have any schemes under her sleeve.