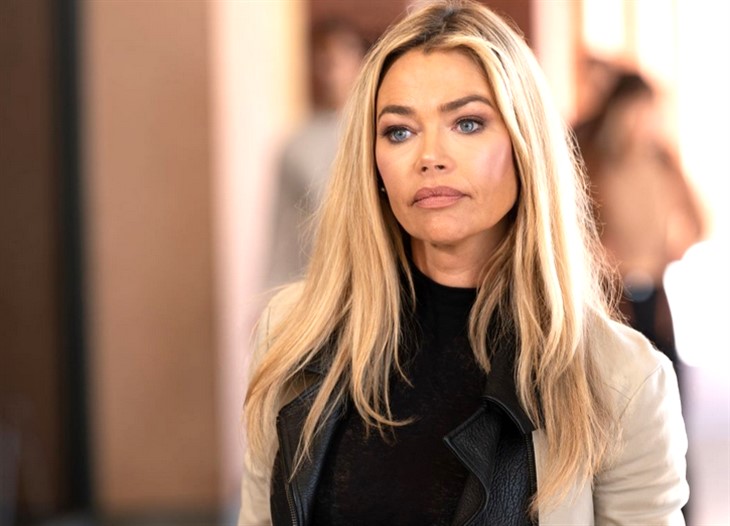 Bold and the Beautiful (B&B) star Denise Richards, (Shauna Fulton) films for a new movie and it brings a cast crossover from Days of our Lives (DOOL). Of course, fans love nothing more than a crossover of any kind. It looks like it’s a busy time for Denise, as she still plays her role as Quinn’s friend and supporter.

The Bold And The Beautiful News – Denise Richards, (Shauna Fulton)

The actress and reality TV star is not new to movies. After she left Bravo’s Real Housewives of Beverley Hills in 2020, she worked on the movie, Love Accidentally. Possibly best known for Starship Troopers and Wild Things, fans also saw her feature in The World Is Not Enough and Drop Dead Gorgeous. About two years ago, she moved to the CBS set for B&B where she plays the role of Shauna.

Actually, the B&B fans like Denise Richards as she displays a lot of loyalty to Quinn. Helping protect her friend’s secret affair, Shauna pretended to be Carter’s mistress. That happened when Zoe Buckingham (Kiara Barnes) became suspicious. It really didn’t help much in the long run, but she stood for a friend, and fans think that’s important. In a new movie, she acts as a mom, and this time she films in a crossover with a DOOL star’s family member.

B&B News – Stra Acts With Days of our Lives Connection

Jensen Gering is the son of Galen Gering, who plays Rafe Hernandez on Days of our Lives. She films a movie called Wickensburg. There, she acts as a mother and Gering plays the role of her son. Soap Hub reported that mom and son move into a small town. However, it’s not an idyllic life. They discover that there’s a very dark secret. The pair race against time to save the entire town. 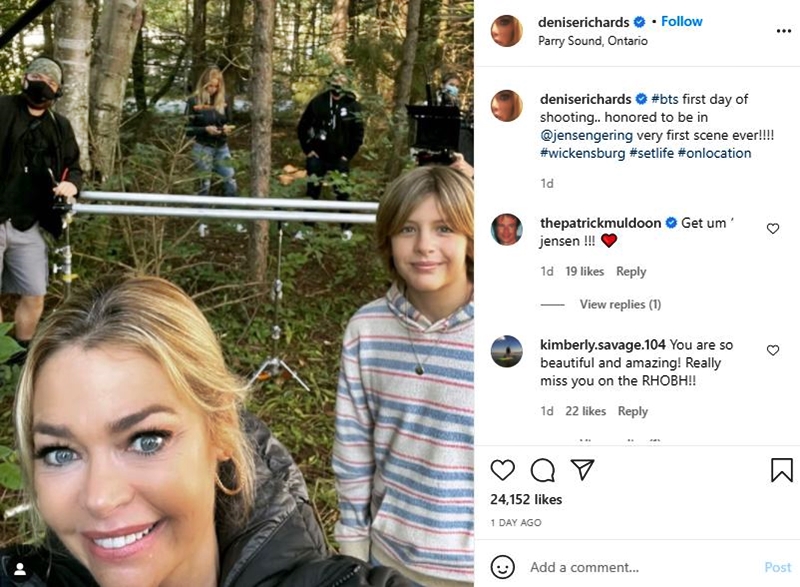 B&B fans seem very supportive of Denise Richards in this new venture that expands her acting bio. On Tuesday, September 14, she shared a photo on her Instagram about filming for Wickensburg. In her caption, she said, “#bts first day of shooting.. honored to be in @jensengering very first scene ever!!!! #wickensburg #setlife #onlocation.” Actually, the seemed very sweet of her, fans thought.

The Bold And The Beautiful News – Fans Comment On The Movie

In the comments, one fan told Denise Richards, “How awesome is that! He’s one talented kid!! 👏.” Then another fan wrote, “Awesome 👏🏻 can’t wait to watch 😍.” Then a whole lot of Canadians welcomed her to their country. Actually, some of them seem excited as they film near their own homes. Meanwhile, others hope to catch sight of her while she’s in the area.

Be sure to catch up on everything happening with B&B right now. Come back here often for more The Bold and the Beautiful spoilers, news, and updates.