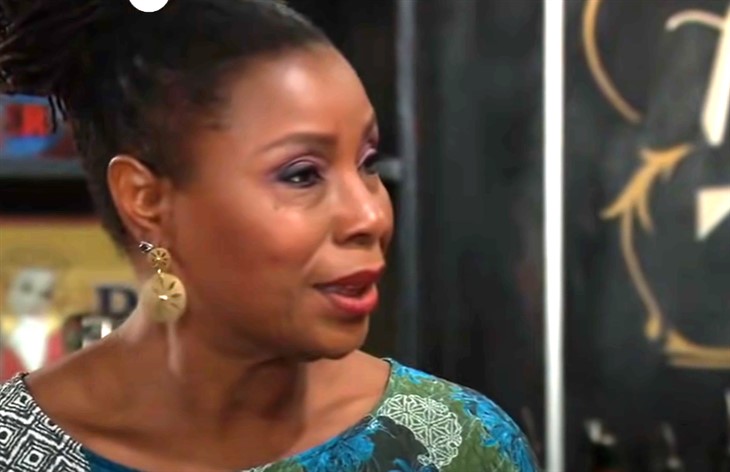 General Hospital spoilers indicate that Phyllis Caulfield (Joyce Guy) is going to be without not only her husband but the bar as well. Phyllis works at the clinic but isn’t going to be able to make a living without the bad. Will Phyllis move to Port Charles for a fresh start?

General Hospital Spoilers – Charlie’s Bar Is Up For Sale

Now that General Hospital’s Ava Jerome (Maura West) has put Julian Jerome’s (ex-William DeVry) bar up for sale, Sonny Corinthos (Maurice Benard) may buy it for Phyllis. Phyllis is accustomed to running the bar with Lenny Caulfield (ex-Rif Hutton) but now both of them are gone. Both Sonny and Nina Reeves (Cynthia Watros) live in Port Charles.

Sonny and Nina both want to help Phyllis and her moving to Port Charles would be their idea of how to pay her back for her kindness to both of them. Will Phyllis move to Port Charles now that Lenny is gone? Can Phyllis ever bring herself to trust Nina again at all?

General Hospitals’ Sonny isn’t about to the no for an answer. Sonny may not be alive if Phyllis hadn’t taken him in and he’s not going to forget that. Sonny also promised Lenny that he would look after Phyllis. Lenny had no idea that the Tan-O would burn down. Lenny just didn’t want to leave Phyllis alone.

Sonny and Nina both see Phyllis as their family even if they aren’t together but can either of them convince her that she is better off in Port Charles? After all, if Phyllis survives, she’s going to be on Peter August’s (Wes Ramsey) hit list and her friend has been killed by Victor Cassadine’s (Charles Shaughnessy) men.

Moving to Port Charles could save Phyllis’ life, but will she agree?