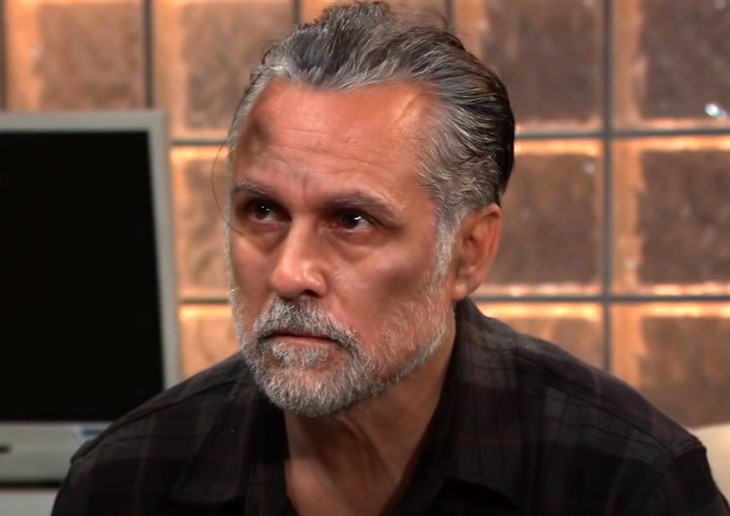 General Hospital (GH) spoilers tease that Sonny Corinthos (Maurice Bernard) is back! Right now, Sonny is focused on returning to his friends and family. Most importantly, he’s going to want to get to his wife Carly Corinthos (Laura Wright). But what he finds when he finally gets out of Nixon Falls and back to Port Charles will likely change the course of his life forever. Because Carly just married Sonny’s best friend, Jason Morgan (Steve Burton).

When Sonny walks back into his own home, he may just find Carly and Jason in bed. Sonny will be furious. Carly and Jason will try to explain why they got married, but that explanation will only go so far. While it’s true that Jason and Carly got engaged in order to keep Sonny’s business from being taken over by the other 5 families in the mob, it will likely become obvious that Carly and Jason have real feelings for one another. Sonny will likely throw Carly out on her ear. He may calm down after he knows the whole story, but he might also still have lingering feelings for Nina Reeves (Cynthia Watros). But at least Carly will still have Jason to turn to, right?

Jason won’t ever abandon Carly, but that doesn’t mean he is really in love with her. The engagement and wedding may have gotten Jason all swept up, but he also still has feelings for Dr. Britt Westbourne (Kelly Thiebaud). And Britt may need Jason’s help to find her missing mother, Dr. Leisl O’Brecht (Kathleen Gati) so he may take off, leaving Carly completely and utterly alone. It’s also possible that Jason and Britt may renew their romance while working together to save Leisl.

With Sonny furious with her, and Jason off will Britt, Carly may find herself in a position she never thought she would be in. Carly may find herself completely and utterly alone. Of course, Jasper “Jax” Jacks (Ingo Rademacher) may see this as the perfect time to once again get Carly for himself. But Carly is long past any feelings for Jax. She may even doubt her love for Sonny and pin all her hopes on Jason. But since Carly and Sonny are still legally married, Jason may just step aside and make himself unavailable to Carly.

Will Sonny forgive Carly’s wedding to Jason? Or will he throw her out after her seeming betrayal? Will Jason step aside since Sonny and Carly are still legally married? Exciting times are coming to Port Charles, so stay tuned to General Hospital airing weekdays on ABC. And don’t forget to check back right here regularly for all your General Hospital news, information and spoilers!