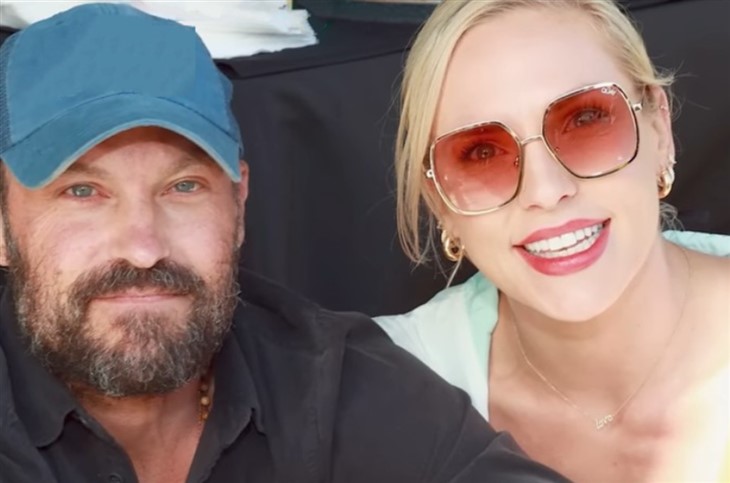 Dancing With The Stars (DWTS) fans knew that Sharna Burgess and Brian Austin Green expected a baby. Well, now the little one arrived, he took to his Instagram to share the happy news. Additionally, he revealed a rather unusual name choice.

Dancing With The Stars – Sharna Burgess Turned Down Live Tour

Last year, ABC fans heard that Sharna decided to sit out the Live Tour for DWTS. Recall, that she and Austin danced together but were eliminated during the Disney Week: Villains Night. At the time, she really didn’t feel up to living out of a bus and rushing madly from city to city.

Actually, it’s quite possible that she knew she was pregnant. As time went by, the pro-dancer from Dancing With The Stars shared her pregnancy journey with fans. Actually, their pregnancy wasn’t planned, but they both seemed excited about the upcoming arrival. Now the news emerged that the baby arrived, and Brain Austin Green shared the news.

On June 30, Brian took to his Instagram account and shared a photo of a tiny baby hand clutching his finger. In his caption, he said, “Zane Walker Green born 6/28 at 12:12 ❤️❤️.” Actually, Sharna shared the same photo but she said, “My heart is now forever outside of my body.”

For the Dancing With The Stars pro-dancer, Zane is her first with Brian. Meanwhile, he already has three boys from when he was married to Megan Fox. Naturally, fans of DWTS are thrilled that the couple has a new addition to their family. One happy fan suggested that being born at 12:12 meant, “The numbers of love peace, and tranquility !!! CONGRATS !!!”

Dancing With The Stars – ABC Fans React To The News

Dancing With The Stars fans were happy that their new son arrived safely. Naturally, they might hope to see some photos of the baby’s face. However, that remains to be seen. These days, folks like to keep their kids a bit more private. Anyway, plenty of “congratulations” rolled in. Some of them commented on the name that they chose.

Meanwhile, on Sharna’s post, plenty of blue-ticked people sent in their congrats as well. Season 19 champ, Witney Carson said, “AHHHHH CONGRATS MAMA!!! Get ready for the best part of your life.” Adding, “I’m so proud of you.”