Report: Prince Harry In A Love Triangle With Kate Middleton and Prince William 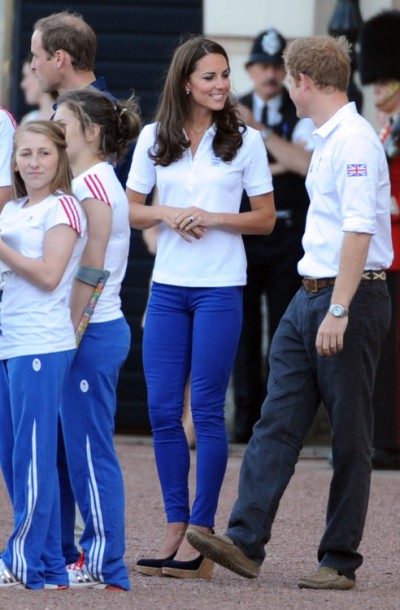 The two have been photographed laughing and giggling and it is being reported that their inappropriate flirting has cause Prince William and Kate to have a major blowup.  Look, I’m just as annoyed with the Kate Middleton loves Prince Harry stories as the rest of you, but I thought she got a royal talking to the last time she and Harry acted up in front of the cameras.

Meanwhile The Daily Mail reports they are so friendly because they work together so much, “What you have to remember is that [Harry] has known Kate for many years – almost as long as his brother.  ‘I know Prince Harry is absurdly proud of the Duchess as his sister-in-law, and is very supportive and protective of her.“

Do I blame her?  Of course not. I would do the same!  What do you think are Kate and Harry too close yet again?