Days of Our Lives Spoilers: Sarah Holds Rex Hostage – Ties Him Up to Prevent Losing Rachel 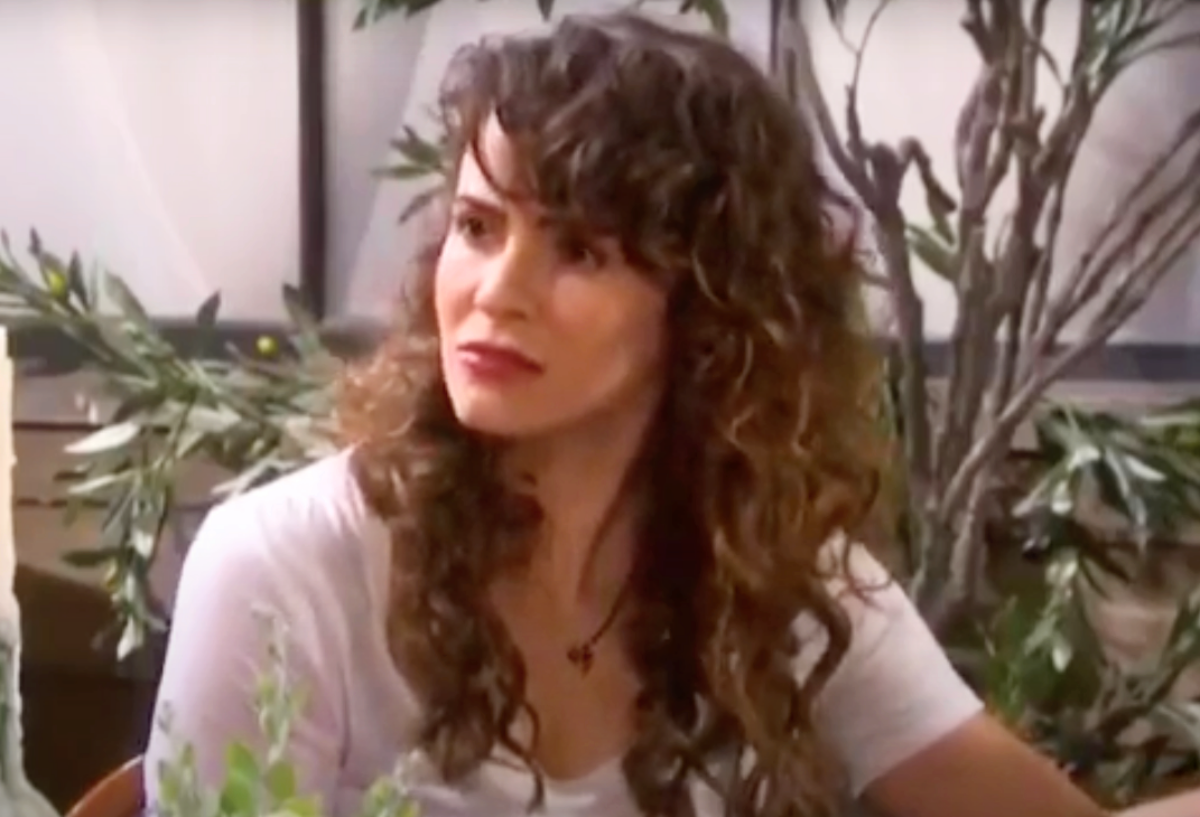 Days of Our Lives spoilers reveal that Sarah Horton (Linsey Godfrey) has told Rex Brady (Kyle Lowder) too much. In a desperate attempt to keep Rachel Isabella DiMera Black (the May twins), she holds Rex hostage. She ties him to a chair and gags her former lover in Paris. Will she come to her senses or is this just the beginning of Rex’s horror?

DOOL spoilers reveal that while in Paris with Rachel, Sarah comes across a familiar face. It is her former flame, Rex. It’s quite the coincidence that the two are in the same city at the same time. At first, she doesn’t tell him that she is wanted for kidnapping. However, she needs to vent about her shattered life and eventually, tells Rex the truth.

It is teased that after Sarah tells him everything, she begs Rex not to turn her in. Not only that, but she asks him to help her stay hidden with Rachel. Even though the two go back a long way, this is a bit much for her to request of him. Sarah is asking him to break the law and he’s just not comfortable with that.

Days of Our Lives spoilers reveal that the latest issue of Soap Opera Digest shows a picture that proves Sarah will do anything to keep Rachel. This includes holding Rex hostage! She has him tied to a chair and has his mouth gagged. Rex is the one person that could destroy her dream of staying on the run with Rachel, who she still calls Mackenzie “Mickey” Horton.

It is clear that Sarah isn’t in the right state of mind. Just how long does she plan on holding Rex hostage? She can’t keep him tied up forever.

Days of Our Lives Spoilers: Desperation Leads to Consequences?

It is suggested that Sarah could face consequences for her desperate actions. On the other side of the world, Lani Price (Sal Stowers) is tracking Sarah’s location. She is giving information to the child’s real mother, Kristen DiMera (Stacy Haiduk).

It is only a matter of time before Sarah is found. Not only will she have to face losing Rachel, but she might be charged with kidnapping and holding Rex hostage. But will authorities understand that Sarah has obviously gone crazy and get her treatment? Or will she end up going to prison for her crimes?