Days Of Our Lives (DOOL) Spoilers: Is Allie Finally Moving Past All The Drama In Her Life? 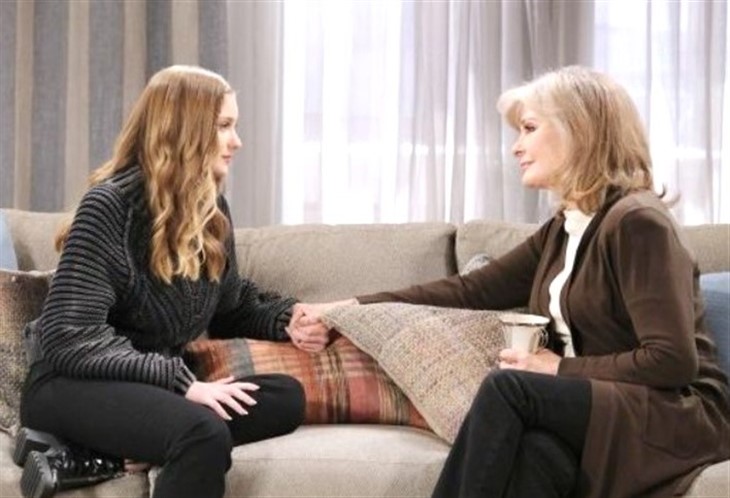 Days of Our Lives (DOOL) spoilers say that it’s no doubt in anyone’s minds that in Salem Allie Horton (Lindsay Arnold) has been living a real-life nightmare these last several years. It all began when she was sexually assaulted that one ill-fated night in London. While she had thought this entire time that it was Tripp Dalton (Lucas Adams) that had done her wrong, it turned out to be Charlie Dale (Mike Manning) instead. And now she finds out that her mother Sami Brady (Allison Sweeney) is the number one suspect in Charlie’s death. Here’s what you need to know.

Days Of Our Lives News – Is Allie Finally Moving Past All The Drama In Her Life?

According to the latest edition of Soap Opera Digest, Allie just wants to move on with her life, but that’s not going to happen anytime soon, especially if her mother Sami might be a suspect in Charlie’s murder. Speaking to the publication in a new interview actress Lindsay Arnold, who plays Allie on the hit NBC soap, says that her character is feeling torn because the only reason why her mother came to Salem was to protect her. And now she feels as though she needs to protect Sami in return.

Lindsay puts it this way, “Allie does not want her mom taking the fall for her. She wouldn’t want her mom to go to jail for something she did to protect Allie so there’s a lot of guilt and worry going on with that.”

DOOL News – What’s Next For Allie?

Thankfully, Allie is also thankful for Tripp now and all that he’s done for her, even though she spent so many months accusing her of a crime that he never did. Yet, she now feels very comfortable and safe around him.”

When the two of them get to Ava Vitali’s (Tamara Braun) place, Lindsay says, “It’s all water under the bridge, everyone has forgiven each other and they are just bonding over her sweet baby. So, it’s a beautiful, wholesome moment that shows forgiveness without everyone even having to say it.”

Let us know your thoughts on this story in the comments section below. Are you a fan of daytime television? Be sure to catch up on everything happening with Days of Our Lives right now. Come back here often for all the latest Days of Our Lives spoilers, news, and updates.