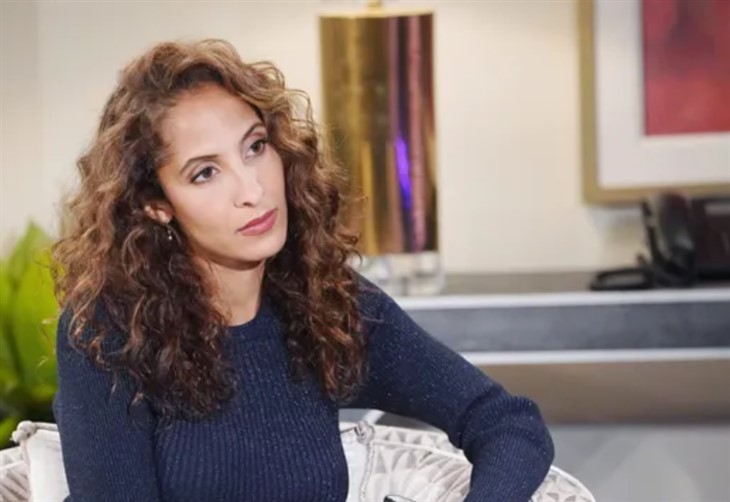 The Young and The Restless spoilers tease that Lily Winters (Christel Khalil) will confront Victoria Newman (Amelia Heinle) in an upcoming episode of The Young And The Restless; and no, she may NOT have her man back!

Viewers of The Young and The Restless know that while Victoria has not said so in so many words, it is pretty obvious that she misses Billy Abbott (Jason Thompson)! Victoria wants him back, now that he is more of the man she tried to make him into when they were together! He seems to have lost many of his immature parts and rough edges, and has grown into a man, and a successful businessman at that. Victoria has not been overt at trying to get in between Billy and Lily, who are very heavily involved with each other.

The Young And The Restless (Y&R) Spoilers: Devon Has A Hard Choice To Make – Amanda Deserves Honesty

But Lily has been noticing how she seems to be insinuating herself into their relationship, most of the time using their children and spending time with them as an excuse. It was definitely not lost on Lily that Victoria did not appreciate her and Billy’s daughter Katie Newman (Sienna Mercuri) hitting it off so well with Lily the day Billy brought her and her brother Johnny Abbott (Holden and Ryan Hare) to the ChancComm office. Victoria, however, is seeming to come up with more and more excuses to interrupt Lily and Billy whether it be coming to the office or barging into their conversations when she sees them having coffee or a meal together. Lily can see right through her, however – and she’s not getting her man back!

Lily decides a woman-to-woman talk is in order with Victoria, and the sooner the better! It’s bad enough there is a conflict between ChancComm and Victoria in the purchase of Ashland Locke’s (Richard Burgi) media company, Cyaxeres, because it’s like Victoria and Billy competing but also like Victoria and Lily competing! There is competition, enough in that arena but now Victoria is getting really obvious about wanting Billy back – there have been calls about him and her getting together talking about “business” and asking him to come over to Newman Enterprises! Just how blind does Victoria think Lily must be? Billy sees it too – but is not flattered enough to respond to Victoria’s attempted siren calls.

Victoria is not that good at seduction! Lily notes she is not that good at subterfuge either, at least not when it comes to romantic things. The two women meet, and Victoria thinks she’s meeting with Billy but when she gets to the meeting place it’s Lily! Lily tells Victoria in no uncertain terms to BACK OFF! She doesn’t mince words when she tells Victoria that Billy has moved on from her, and it’s high time Victoria moved on from Billy as well! Lily puts Victoria on notice that Billy is not available and that she sees right through all of Victoria’s ploys to spend time with him or be around him – and if it doesn’t stop, she won’t have a problem with reporting her to the authorities as a stalker!