General Hospital (GH) Spoilers: Peter Toys With Anna As Chase Get Sicker – What Will He Want Next? 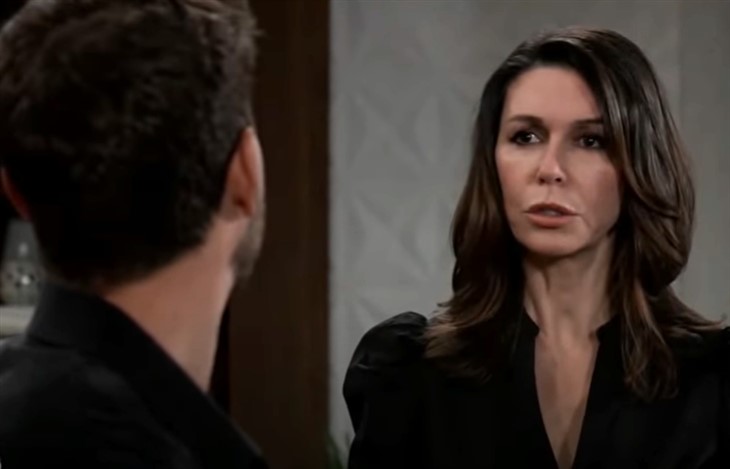 General Hospital (GH) spoilers say that if there’s anything that we’ve learned about Peter August (Wes Ramsey) these last several months, it’s that he can be just as manipulative as he is dangerous. In fact, he’s going to toy with Anna Devane (Finola Hughes) while Harrison Chase (Josh Swickard) takes a turn for the worst. Read on for all of the latest spoilers.

According to the latest edition of Soap Opera Digest, after appearing to be on the mend, Chase’s future is not looking very good and of course, Anna is doing whatever she can to save him. Peter, meanwhile, isn’t losing any sleep over this. He thinks this is nothing more than collateral damage.

Speaking to the publication in a new interview, Wes Ramsey, who plays Peter on the hit ABC soap, explains, “Peter’s hard-won sense of conscience nurtured by Anna melted away with the ultimate betrayal at the wedding. He wants to exert control – because it was taken from him; he wants to enact pain – because it was inflicted upon him and he sees her as the symbol for all of this.”

General Hospital spoilers say that even as Peter continues to dig himself a deep hole, Wes says that his character is confident that he will get away from his crimes, and what’s more, he will also win back Maxie Jones (Kirsten Storms), which at this point seems like a long shot. Wes puts it this way, “I think he believes his own delusions of grandeur at this point and is willing to do anything to reclaim his version of the future.”

GH Spoilers – Peter August Is Up To His Devious Tricks Again – But Will It Work?

Now, whether or not that actually happens, remains to be seen! As much as Anna is trying to keep the peace, it does seem like Peter is hellbent on getting things done his way. Watch this space.

Needless to say, GH fans will have to tune in this week to find out what will happen next. General Hospital airs weekdays on the ABC network. Check your local listings for times. Are you a fan of daytime television?