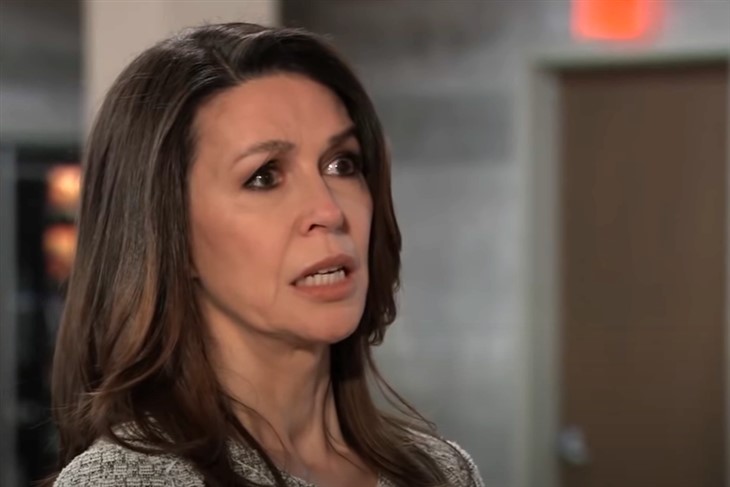 General Hospital (GH) spoilers indicate that Harrison Chase (Josh Swickard) is getting worse instead of better. Peter August (Wes Ramsey) is only giving Chase a small dose of the antidote at a time.

However, Peter has hired someone to play a nurse and she has hidden the rest of the antidote. Anna Devane (Finola Hughes) could be overlooking the one person who could be the most help. Should Anna call in Robin Scorpio-Drake (Kimberly McCullough) on General Hospital?

General Hospital Spoilers – Harrison Chase Is Running Out Of Time

General Hospital’s Chase has been poisoned and is running out of time. Hamilton Finn (Michael Easton) has tried everything to save Chase but cannot come up with an antidote. Finn is an infectious disease specialist but is also supposed to be Chase’s father. Finn has no business working on this case at all.

However, Finn is the best that General Hospital has at the moment. Meanwhile, Anna is searching for a scientist, is she overlooking the one person who could save Chase without Peter’s antidote?

General Hospital recaps show Robin has made protocols to help with tumors, etc. Robin could very easily come up with a treatment for Chase but no one has suggested calling her. Why would Anna not call her daughter for help? Has Anna not even thought about her daughter? Could Robin be the key to saving Chase? Will Anna call Robin a last resort? Is Anna secretly afraid to call Robin to help?

General Hospital Spoilers: Head Writer Says Chase Might Not Recover, How That Affects Other Arcshttps://t.co/9229gc88Sb

General Hospital’s Peter meant to poison Finn, not Chase. However, Peter will hurt anyone close to Anna to get revenge on her. Anna knows that Robin would help if given the Chase. However, maybe Anna is afraid that Peter would attack Robin. Robin has HIV and if Peter messes with her medication, she could die. Peter could also poison Robin as well. Is Anna trying to protect Robin by not asking for her help? Could Anna be afraid that one of the kids could be hurt as well?

Peter is willing to kill anyone who gets in his way. Does Anna fear for Robin’s life? Will Peter finally give Finn the cure for Chase or will Anna be forced to involve Robin to save him?