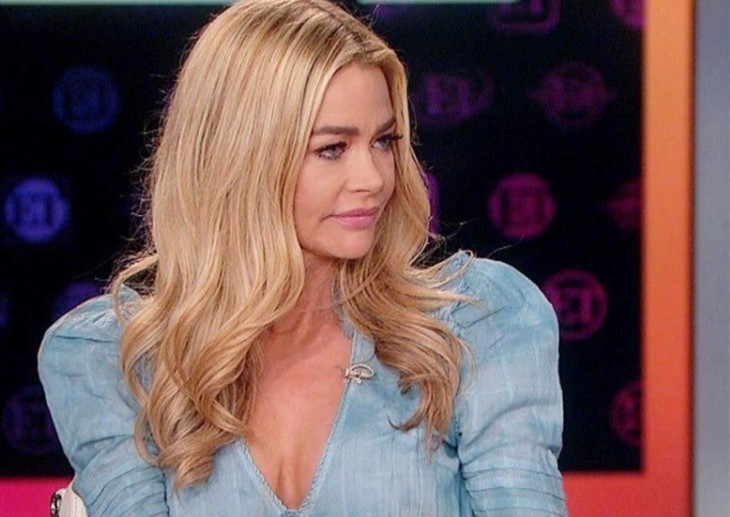 The Bold and the Beautiful (B&B) spoilers and updates reveal Denise Richards ( Shauna Fulton) is spilling all the details about what actually goes on behind the scenes at the highly-rated CBS soap. Well, at least what’s going on behind the scenes and in her head. Denise revealed what she’s actually thinking during all of those dramatic showdown scenes she gets to be in. Here’s what she has to say.

Speaking to Entertainment Tonight in a new interview, the blonde beauty says that she often employs one technique which involves a state, then a look-away before focusing on eye contact with her co-stars.

“Stare where you are looking, then look away, think about, like, ‘I want a turkey sandwich,’ and then look back!” Denise said after a clip was shown of one of her stare-down moves.

As many B&B fans know, Denise has been on the show since 2019. Her character, Shauna, is a single mom from Las Vegas who is looking for a better life for herself in Los Angeles alongside her daughter Flo Fulton (Katrina Bowden). And while the two of them look innocent enough, they’ve been causing a lot of trouble for the Forrester, Logan, and Spencer families in this fictional town of Los Angeles.

Denise also talked to ET Online about her new movie, Timecrafters: The Treasure of Pirate’s Cove.

“It’s always good, as a mom of three girls, to be able to do a family-friendly movie,” she explained with a smile. “And this movie is fun for adults and kids to watch together.”

Clearly, Denise is someone who keeps very busy! Seeing how there’s always some sort of drama going on within the walls of the Forrester mansion, we have a feeling that we’ll be seeing much more of her in the coming weeks and months on the canvas. Watch this space.