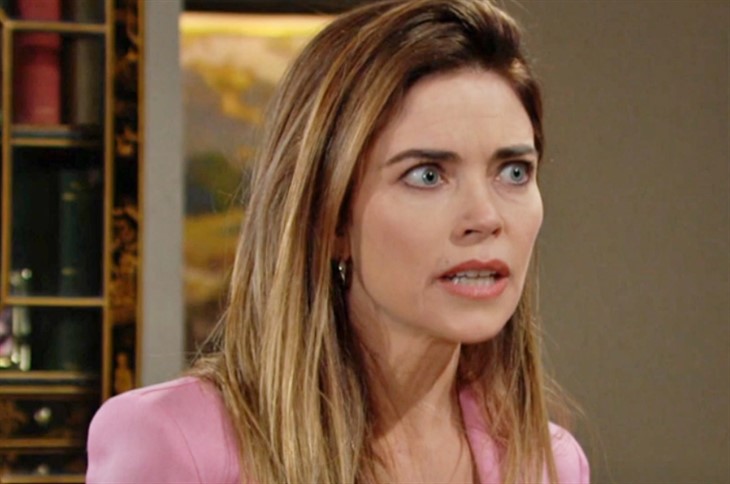 The Young and the Restless spoilers document that Victoria Newman (Amelia Heinle) believes that her position at Newman Enterprises is secure. She also thinks that her brother isn’t a business threat.

As for love, Victoria sees her soul mate as adrift. She sees no growth in that man, which begs a question. Why would she want to be with someone who is seen as weak?

The names of the men who Victoria has assessed weren’t referenced above because that’s how Adam Newman (Mark Grossman) and Billy Abbott (Jason Thompson) are generally seen. The overconfidence that Victoria is projecting will be proven wrong in Adam’s case. As for Billy, he hasn’t reverted to the expected form yet.

The Young And The Restless Spoilers – Telling Victor Newman Off

Victoria thought she bested her father when appearing to win Cyaxares during a second bidding round. Then, Ashland Locke (Richard Burgi) changed his mind for a second time and decided not to sell his media company to Newman Enterprises. That made Victoria mad.

Telling Victor Newman (Eric Braeden) off generally spells the end of someone. But some leeway exists when that demeanor is thrown at him by his first-born.

Victoria ordered her father to say away from Newman. The current Chief Executive Officer told her dad that she would be running the company as she sees fit. Viewers and Victor note that Victoria purposely chose not to use the words his company when making that declarative statement.

Victoria has a developing problem. Adam isn’t going to jail for years and has made peace with Victor. That’s the heart of this soapy matter, as Adam has Victor’s attention and Victoria doesn’t like being anywhere below number one in the sibling pecking order.

The Young And The Restless Spoilers – Villy Reboot In Doubt

Lily Winters (Christel Khalil) isn’t a shallow romantic interest or a rebound. Billy has fallen in love with her. They also are co-heads at Chance Com. Both factors have edged Victoria out of any serious couple’s revival consideration.

Victoria has been gambling, which is a purposeful wink at Billy’s addiction, that her many-times husband and father of two of her children were not seriously involved with Lily.

Billy has now asked Lily to buy a house with him. That’s another push against Villy nostalgia being realized.

Adam and Billy aren’t currently who Victoria believed them to be. The past is her chosen reference point for both characters, which is why she has assumed what truly seems to be an overconfident stance in both instances.