The Young And The Restless (Y&R) Spoilers: Tara Has Met Her Match – Phyllis Ready To Take Her Down! 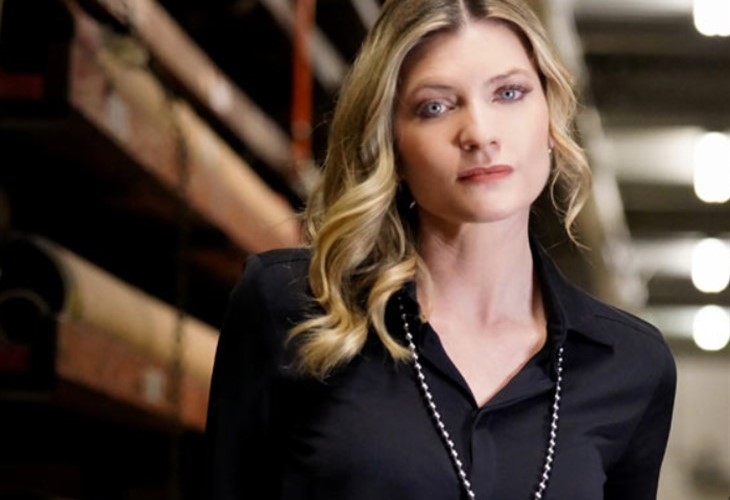 The Young and the Restless (Y&R) spoilers suspect that a lot of us Y&R fans are “T”– eed off with Thirsty Tara “The Terrible” a.k.a. Tara Locke (Elizabeth Leiner) as she schemes to lock down a spot in the Abbott clan. But Phyllis Summers (Michelle Stafford) is hot on her trail. Tara will soon be exposed. Let’s be real about this thing.

When your name is Phyllis, you have a daughter named Summer ( Hunter King), and you are one-half Pitbull and one-half Bloodhound, “the game” (a.k.a.) Tara Locke, doesn’t have a snowball’s chance in soap opera hell of getting away unless it bites off its own foot and limps off into the shadows. What kind of “ I Gotcha!” moment will Phyllis have? How will she outsmart Tara?

The Young and the Restless (Y&R) spoilers tease that Tara Locke (Elizabeth Leiner) who has already (so to speak) gnawed off half of her foot, to pull a disappearing act with son Harrison (Kellen Enriquez) in tow. This was her plan to escaped from Ashland Locke (Richard Burgi) her soon to be Ex Husband and her New York life.

Okay, maybe I am being a bit over dramatic about her gnawing off half of her own foot to get away but the Young and the Restless (Y&R) spoilers hint that the same thing is going to happen again? She severed herself off from her soon to be Ex, Ashland Locke’s (Richard Burgi) wealth and powerful influence. Now that the Abbotts will see her for who she really is she’ll be gnawing at the half of foot that she has left to get away again. This time Tara will be severing herself off from Kyle Abbott (Michael Mealor) Harrison’s “supposed’ real dad, as well as the comfort of the Abbotts, and the wealth and powerful influence they wield.

The Young And The Restless Spoilers: Victoria Fears The Worst When An Unexpected Attack Occurs #YR #YoungandRestlesshttps://t.co/hl6WK3ZmVM

The Young And The Restless (Y&R) Spoilers – Lost, Found, and Found Out Will Kyle Sue Tara for Custody of Harrison?

The Young and Restless (Y&R) spoilers predict Kyle Abbott (Michael Mealor) will be beside himself with worry when Tara Locke (Elizabeth Leiner) vanishes with his son Harrison (Kellen Enriquez). He will search for them, and they will inevitably be found. The Y&R spoilers hint that Kyle will sue Tara for custody of Harrison only to find out that (in the spirit of Maury Povich) “Kyle! You Are NOT the father!” With spoiler rumors swarming, word is that Kyle (Michael Mealor) will be leaving the Young and Restless (Y&R) cast.

Will he hop on a jet and cross the pond to reunite with Summer Newman (Hunter King) in Italy? Might this be the happy ending for Kyle Abbott (Michael Mealor) on The Young and the Restless?

The Young and Restless (Y&R) Spoilers promise more jaw-dropping goings on in the near future.

Keep stopping by to keep abreast of all the action that is headed our way and to be up on the comings and goings on the Young and the Restless (Y&R).

I love writing and watching Soaps and bringing the “411” about the spoilers and rumors. I enjoy trying to stay one step ahead of the writers, and figuring out the ups and down, and ins and outs of the storylines before they happen.