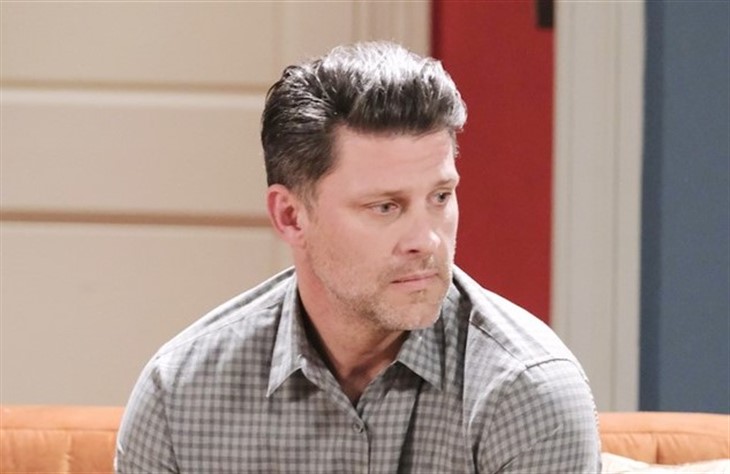 Days of Our Lives spoilers and rumors tease that with Eric Brady (Greg Vaughan) gone, and Sami DiMera (Alison Sweeney) leaving soon, Nicole Walker (Arianne Zucker) might have a choice of two exes of Sami’s to move on with! Who might she choose in future episodes of Days of Our Lives; EJ DiMera (Dan Feurreriegel) or Rafe Hernandez (Galen Gering)?

There is no doubt in the minds of Days of Our Lives viewers that Rafe and Nicole are drawn to each other, even in spite of themselves. Rafe has had dreams about himself with Nicole and even a conversation with Duke the stuffed bear over her! Poor Rafe was caught both betwixt and between Nicole and his current live in lover Ava Vitali (Tamara Braun) as he had dinner with both women in a recent episode of Days of Our Lives!

Nicole probably won’t move on from Eric immediately, but she was the one that sent him back to Africa – viewers will recall that she felt very selfless in telling him essentially that “Mother Mary” was not a woman she could compete with, but he had offered to make things right. Nicole didn’t want him to choose between the mission field and her, but then she didn’t offer to live a life of service to others, either.

It was never a thought in her mind. Nicole has never been involved with Rafe, per se, but she and he are obviously very good friends and there is some mutual attraction there. However, she is also very good friends with Ava – and Ava can tell she’s attracted to Rafe! So there may be some difficulty in moving on with Rafe, unless he and Ava break up. If that happens, then “Rafecole” can happen.

Longtime Days of Our Lives viewers will remember that EJ and Nicole have been married twice – both times in between being married to Sami, who he has also been married to twice! Nicole wasn’t exactly happy when she gave EJ that letter that Kristen DiMera (Stacy Haiduk) had written to EJ about Sami’s affair with Lucas Horton (Bryan Datillo) although it didn’t look like she named Lucas.

The exact wording was, as Days of Our Lives viewers will recall, “slept with another”. It didn’t look like Nicole exactly wanted to hop in bed with EJ at the time even if he had offered it, although she certainly wanted to get drunk with Philip Kiriakis (Jay Kenneth Johnson) who gave her the letter!

But then, with the scene being a cliffhanger until Days of Our Lives returns on August 9 because of the airing of the Tokyo Olympics, maybe EJ and Nicole will go get drunk together! He certainly was upset enough to sweep his desk clean, and got himself together enough to approach Sami without acting like he knew!

Right now Sami loves EJ and wants to stay with him, so it would certainly be B as Philip put it, for the two of them to have an affair to spite Sami, and perhaps stay together after she leaves Salem! Not exactly a basis for a long term relationship, but who knows? Rafe might come calling to rescue Nicole from herself and EJ so it could go either way!