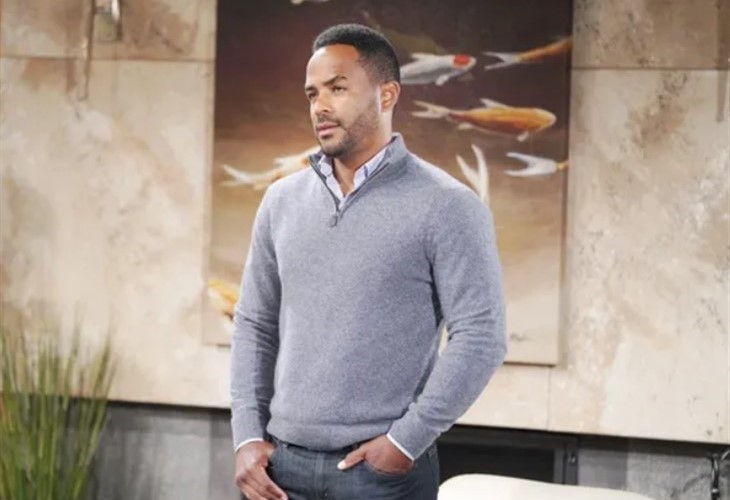 The Young and the Restless (Y&R) spoilers document that Nate Hastings (Sean Dominic) continues to allow Imani Benedict (Leigh-Ann Rose) to interact with him. As Amanda Sinclair (Mishael Morgan) has witnessed, that’s happening on an increasing basis.

Devon Hamilton (Bryton James) isn’t concerned about it. He feels that his cousin learned his lesson where Elena Dawson (Brytni Sarpy) is concerned.

The magnetic appeal that Imani projects would be hard for most men to resist. Whether Nate recognizes the depth of the crush Imani has on him hasn’t been fully defined. But she sees no engagement ring on Elena’s finger and therefore feels all is fair in love and soap.

Young And The Restless Spoilers – Devon Hamilton Angle To Be Considered

The bad family blood that existed between Devon and Nate has mostly subsided. They are not fully reconciled, but have generally gotten past the conflict over Elena.

The heat was intense when Devon first learned that Elena had been with Nate. James’ character confronted the doctor. He punched his cousin so hard that Dominic’s character fell to the floor and cut one of his hands badly. The resulting serious injury caused Nate to be unable to perform surgery.

Nate didn’t pursue criminal charges for assault and battery, as he rationalized Devon’s actions as being justified. They weren’t, regardless of the emotions that were in play.

Y&R Spoilers – Nate Hastings Free To Make His Own Choices

Amanda is thinking that her sister’s deep beauty will be too much for Nate to resist. That’s easy to agree with. However, Nate has free will and truly seems to be in love with Elena.

However, if he does find himself being drawn to Imani, then he needs to be straight with Elena. That is something that he and Sarpy’s character certainly took from the bad break that Elena and Devon had.

Since Nate hasn’t spoken sternly to Imani, but is allowing her to repeatedly flirt with him, it’s fair to wonder if danger is ahead?

The Young And The Restless Rumors: Is Max Responsible For Mariah’s Disappearance?https://t.co/vhp8Ji6vd7

Imani lived near to her mother, but has been staying in Genoa City, Wisconsin, for awhile. She hasn’t established a permanent home, but surely seems close to doing so.

Amanda’s offer, to have Imani become her law partner in the new firm she’s founding, Sinclair-Benedict, is contingent on Imani passing the Bar Exam. Assuming that happens, Imani will have a ready-made career and reason to remain in GC indefinitely.

Rose’s character is driven, like her grandfather, but with principles. Whether she eventually pairs with Nate is debatable, but it’s likely that she will continue her pursuit of the man she sees as Dr. Right.