The Young And The Restless (Y&R) Spoilers: Phyllis Summers Sets A Trap 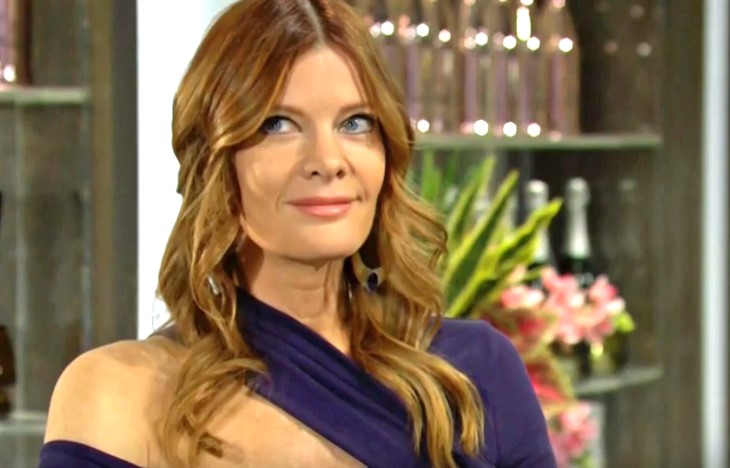 The Young And The Restless Spoilers – Phyllis Summers Plans Her Plot

Viewers of The Young and The Restless will recall that Phyllis has already figured out that Sally and Tara joined forces to make Summer Newman (Hunter King) leave Genoa City to take a job in Milan, Italy. For sure, it was the kind of dream job that either Sally or Tara might have wanted themselves, but the whole story about Sally recommending Summer for the job just didn’t sit right with Phyllis.

Viewers of The Young and The Restless will recall that Phyllis already pegged Sally as a troublemaker the minute she hit town without even knowing anything about her at all. She doesn’t trust Sally as far as she could throw her only using her pinky finger, although giving her the boot with a well-placed spike heel has probably crossed her mind.

As for Tara, Phyllis thinks she’s got a few screws loose in her head, and she heard them rattling around a mile away! Phyllis is determined to take the two schemers down and she wants blood for their running Summer out of town on a rail! Phyllis plans her plot carefully, down to the last detail and then she strikes while the iron’s hot! Since Sally is staying at The Grand Phoenix, Phyllis does something to get her attention and distract her at the same time – she puts phony charges on Sally’s hotel bill, which of course sends a furious Sally rushing, folio in hand, to get it straightened out.

As Sally comes down to the front desk to dispute the charges, Phyllis acts like she’s a concerned hotel owner and oh so much wants to make the bill right. Viewers of The Young and The Restless know that Phyllis is pretty good at things like that – and she sits patiently with Sally, going over the folio, meaning the hotel bill, line by line.

Phyllis feigns true concern for Sally as Sally points out which items are wrong. Viewers of The Young and The Restless who have stayed in some of the upscale casino hotels in Las Vegas may be familiar with charges for simply touching snacks laid out on a counter for guests in their room, not realizing they generate a charge.

The Young And The Restless (Y&R) Spoilers: Victoria And Adam Plot and Planhttps://t.co/nbRyhK3664

Phyllis would love to put one of those gadgets in Sally’s room! But, she is content with mocking up fake charges on her bill! She thinks Sally is awful gullible for have lived in a large city like Los Angeles! She doesn’t think either Sally or Tara are any match for her, although sometimes Phyllis’ self-confidence has caused her to trip up! While Sally is busy looking at the bill Phyllis sneaks her cell phone and walks off to the front desk without Sally even noticing. She uses Sally’s phone to text Tara, saying that they have a problem – and then deletes the text from the phone’s send log.

She then quietly puts the phone back where she got it. Soon, a confused and irritated Tara shows up to confront Sally about the text, which of course Sally denies sending. They board the elevator to go to Sally’s suite, so Phyllis accesses the security feed in the elevator with her tablet.

There’s no audio, but it’s plain that the two are having a heated argument over the text! Phyllis thinks that is incriminating all by itself and proves the two are in collusion over getting Summer out of town, so she sends a copy of the video to both Jack and Kyle Abbott, (Peter Bergman, Michael Mealor) and hopes some real fireworks will explode and the two schemers will create a public scene!