The Bold And The Beautiful (B&B) Spoilers: Carter Wants All In With Quinn Gets To Know Family And Friends 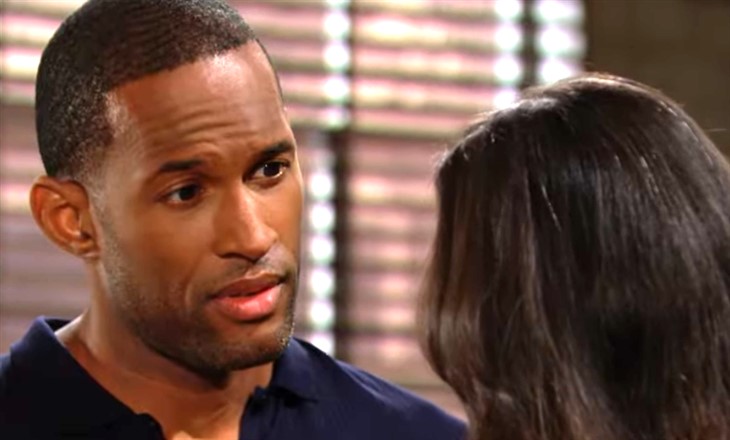 He ended his relationship with her over her being interested in Zende Forrester Dominguez (Delon de Metz). Quinn was having trouble with her marriage to Eric Forrester (John McCook). Quinn and Carter found comfort with each other and had a one-night stand. They tried to keep their one night stand a secret but it came out at the vow renewal ceremony that Quinn wanted to have with Eric. Quinn and Eric are getting a divorce. Carter has been told by Eric to stay away from Quinn because Carter is representing Eric in his divorce to Quinn.

Quinn could convince Bill Spencer (Don Diamont) to give Carter a job at Spencer Publications. Bill is the father of Quinn’s son Wyatt Spencer (Darin Brooks). Bill has had a falling out with his friend and lawyer Justin Barber (Aaron D. Spears). Bill may think that Carter would be a good replacement to Justin.

Carter will need to form a relationship with Wyatt and his fiancé Flo Logan (Katrina Bowden). Wyatt is not sure about Quinn and Carter being a couple. However, Wyatt wants his mother to be happy. Flo believes that Carter is a good man who would be good for Quinn. Flo thinks that Carter is a handsome man who would make Quinn happy. Carter has Flo’s support and with her help could get Wyatt to accept him being with Quinn.

Carter and Quinn wanted to keep their one night stand a secret. Shauna Fulton (Denise Richards) tried to help them to keep the secret before the vow renewal ceremony. She claimed to be the other woman in Carter’s life when Zoe found out that Carter had been seeing someone. Shauna can see that Carter is making Quinn happy. Carter would need to get to know Shauna because she is Quinn’s long time best friend.

The Bold And The Beautiful (B&B) Spoilers: Don Diamont And His Pup Are Living The High Life This Summer https://t.co/h5FNdGOFvr pic.twitter.com/BFPjoS4ksh