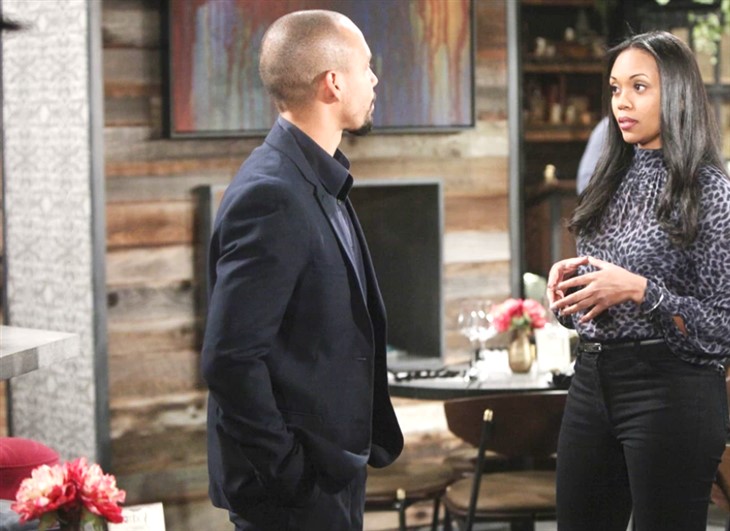 The Young and the Restless spoilers document that Amanda Sinclair (Mishael Morgan) has had her hands full for months. After facing heavy suspicion from a wide array of people after arriving in Genoa City, Wisconsin, in 2019, Amanda’s backstory has been fleshed out and her future is now promising.

Naya Benedict (Ptosha Storey) appears to be innocent of having Amanda’s father eliminated more than 30 years ago. While he hasn’t outright admitted it, Sutton Ames (Jack Landron) seems to be guilty of that crime, with Amanda nearing the finish line on this mystery storyline.

Meanwhile, Devon Hamilton (Bryton James), who despised the sight of Amanda for months, is now her developing soul mate.

The Young And The Restless Spoilers – Jail The Guilty Party

If Sutton ordered Richard Nealon (no actor’s name known for this role) to be erased, then he must be arrested, convicted, and sentenced to prison. Sutton’s desire to protect his political career is presented as the driving force behind this unthinkable decision.

Amanda turned on her grandfather after digging for the truth. Her sister, Imani Benedict (Leigh-Ann Rose), opposed Naya being pressed. But as time has passed Rose’s character realized the truth and believes that Sutton must be held to account.

If Naya is fully innocent, then she will have to deal with the effects of her father actions, both then and now. That type of psychological scar will persist and potentially impact how she and Amanda are able to interact.

It appears as though Imani is the character who will become a mainstay on Y&R. The invitation to join Amanda’s new law firm and interest in Nate Hastings (Sean Dominic) indicates that Rose’s alter ego will be seen rather often on Y&R, which is excellent news.

Hopefully, Storey’s character stays as well. Like Rose, Storey is a solid actor whose likable character can easily fit into the GC mix.

The Young And The Restless #YR Spoilers: Exciting Drama, Confrontations and Mysterieshttps://t.co/nSMxlSymce

Hevon was the product of Hilary Hamilton (Morgan) and James developing great on-screen chemistry. That couple had its day on the show and is fondly remembered.

Y&R has created a distinctly different character for Morgan to play now. The creation of Amanda’s family sets her character’s arc apart from Hilary’s in various ways.

Here’s hoping that Demanda results in marriage. Seeing Devon have a child or children with Amanda would also be great.