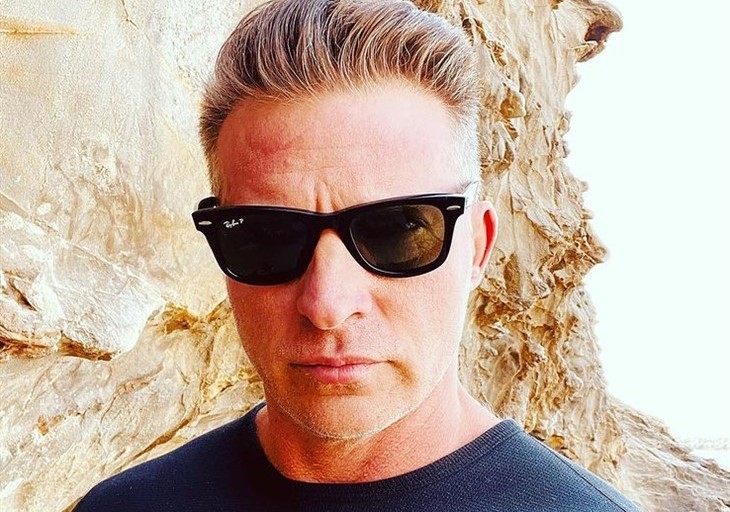 General Hospital (GH) spoilers tease that Steve Burton (Jason Morgan) is in the thick of things onscreen as Port Charles’ finest paid assassin/mob enforcer. He is about to marry his bestie’s widow Carly Corinthos (Laura Wright) but has feelings (yes, Stone Cold discovered his emotions!) for Britt Westburne (Kelly Thiebaud).

The actor recently talked to Soap Opera Digest about his onscreen life. Keep reading to find out what he thinks of Jason’s suddenly busy live life and his newfound emotional IQ.

Stone Cold developed feelings for Britt after they went on the run together. They saved each other’s lives and Jason thawed a bit under Britt’s fiery personality. Later he found out she hooked up with Carly’s ex Jasper Jacks (Ingo Rademacher) after he dumped her to marry Carly. What did Jason think of the hookup?

“I mean, that’s not great! It’s not good. I mean, if she wanted an Australian guy, she could have just gone to the Outback Steak House and just found some, like, server there! I don’t know what she’s going to Jax for, but whatever. I’m sure there’s a bartender there with an accent, but why Jax? It kind of sucks. I’m like, ‘Aw, man.’ What do you do? I mean, is this the old Jason or the new Jason? The old Jason, he would be having none of it.”

Jason really has no one but himself to blame for the Aussie hookup! Is he having second thoughts about marrying Carly? Burton said, “Listen, I love Laura [Wright, Carly]. I guess the thing is that Jason and Britt are, you know, whatever you want to call them now — they’re kind of together now, sort of. They’re dating. Is that what the kids say? Jason and Britt are interested in each other, so that’s the wrench in the works, right? They’re interested in each other but then the business side of things [comes into play]. I think it works perfectly; it’s like a perfect storm of [a marriage] having to happen.”

It sounds like Jason is resigned to marrying Carly, doesn’t it? He is a man of duty and according to Burton it’s won’t be all bad: “Listen, Carly is Carly, and for some reason, Jason just has a soft spot for her that no other human being would have, he has a love for her that no other human being has. And for whatever reason, it’s not difficult for him.”