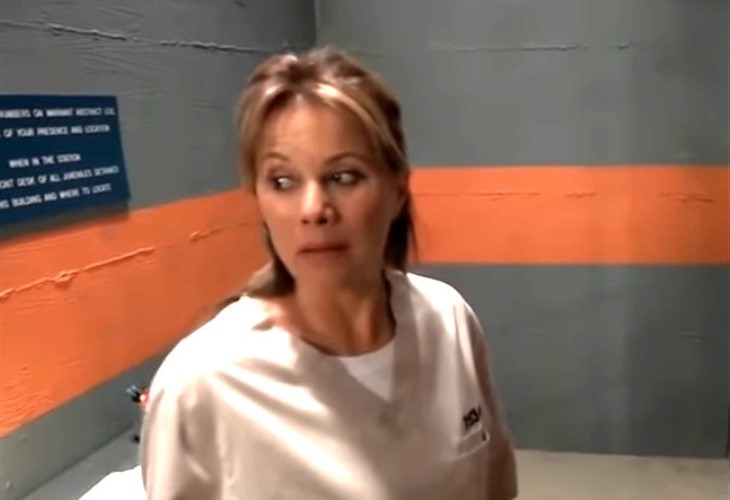 General Hospital (GH) spoilers for the week of August 2-6 reveal that plenty of action heats up the town of Port Charles, New York starting with Alexis Davis (Nancy Lee Grahn) confronting whatever the heck it is Harmony Miller (Inga Cadranel) is up to now.

First off Harmony gets into a messy entanglement with Alexis and Ryan Chamberlain (Jon Lindstrom) while warring diva doctors Terry Randolph (Cassandra James) and Britt Westbourne (Kelly Thiebaud) circle each other like hawks around road kill.

General Hospital spoilers – Port Charles Heats Up With All the Action

Jordan Ashford (Briana Nicole Henry) is a sore loser when she wants her ex Curtis Ashford (Donnell Turner) back but he says buh-bye. Portia Robinson (Brook Kerr) has caught his eye and some fans think he is actually her baby daddy from back in the day.

But Aunt Stella Henry (Vernee Watson) stirs the pot and lo and behold a miracle happens!
General Hospital spoilers: What Happens Next Week In Port Chuck?

Meanwhile Portia has a heart to heart with daughter Trina Robinson (Sydney Mikayla), will the teen figure out her dad Marcus Taggert (Real Andrws) really isn’t?

The Nixon Falls soap opera continues with Nina Reeves (Cynthia Watros) and Sonny Corinthos (Maurice Benard) dancing their cares away but she is conflicted since she misses cutie pie grandson Wiley Quartermaine-Corinthos’ (Erik and Theo Olson).

Brook Lynn Quartermaine (Amanda Setton) comes to the rescue and plans a video between Wiley and Nina but will Sonny get in the picture, literally, and blow the whole gig up as to him being dead?

Harmony pops up at Wiley’s birthday party and her daughter Willow Chase (Katelyn MacMullen) isn’t sure how to feel about that.

Leave it to Michael Corinthos (Chad Duell) to offer a shoulder to cry on!

Meanwhile that mysterious enigma Austin Gatlin Holt (Roger Howarth) pulls a stunning move that could reveal Willow’s true intentions to Harrison Chase (Josh Swickard). Will he find them in the clinch? It’s a week of stunning reveals and heated confrontations, don’t miss a single minute of it GH fans!