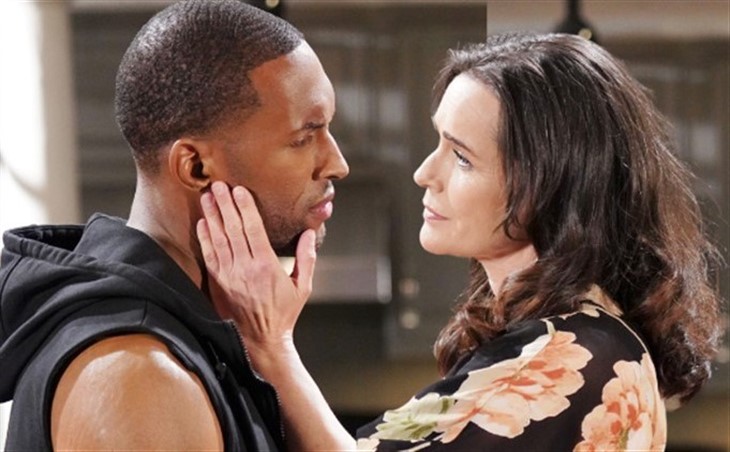 The Bold and the Beautiful (B&B) spoilers reveal that soon Quarter will be left out of a very important Forrester family celebration and it hits them hard that they were not invited to join in on the festivities.

Quinn Forrester (Rena Sofer) has been married to Eric Forrester and got used to being the lady of the mansion. As such she went to all of his family events and ingratiated herself into their lives despite them not liking her very much.

Carter Walton (Lawrence Saint-Victor) was also a confidant of the family and treated like family himself. He handled the Forrester’s legal matters and married anybody who was ready to say I do. So to be left out of a new wedding stings for them both.

The Bold And The Beautiful (B&B) Spoilers: Quinn Blames Eric For Marriage Failure – Does She Forget Reality?

The Bold And The Beautiful Spoilers – Is Carter Walton Having Second Thoughts About Quinn Forrester?

Carter has been forgiven and allowed to remain as CEO of Forester Creations. But Quinn was only allowed to remain employed if she worked from home and never showed her face again. Isn’t that a double standard, Eric?

According to Saint-Victor, when he read the scripts for that day he felt left out and wanted to know who was officiating. He told Soap Opera Digest, “I was like wait a second … what is this?”

The day is eye opening for Quarter and they spend it together. Do they have any regrets about being outsiders? “To be honest they probably would have been within the sheets with or without this wedding,” says Carter’s portrayer. Which is a good point as these two thirsty and healthy adults can’t seem to quit each other even when their livelihoods are on the line.

The Bold And The Beautiful (B&B) Spoilers: Quinn Blames Eric For Marriage Failure – Does She Forget Reality? https://t.co/gKasKxIiba

So while they have each other for comfort, it is still unsettling that they have become personas non grata so quickly and deliberately? Will they ever be fully back in the bosom of the Forrester family? It is a really sobering moment for them to not be invited to the family celebration.