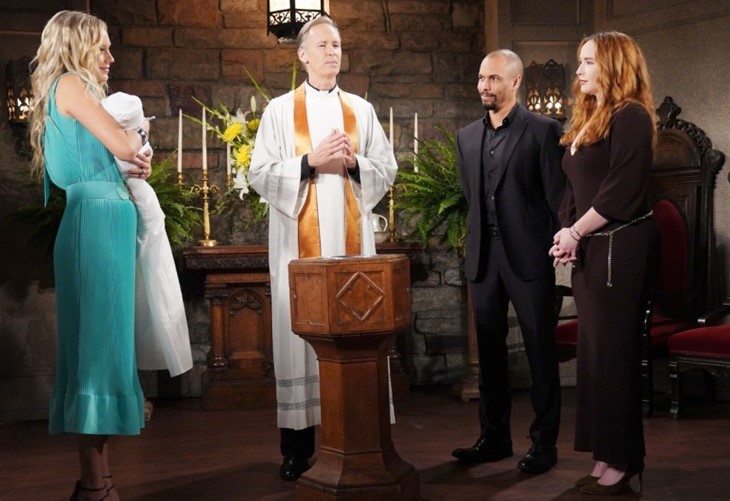 The Young and the Restless (Y&R) spoilers reveal that Mariah made a bold and selfless decision that left Abby and Devon speechless. She will now move forward with plans of her own to ease her pain if her partner is in agreement.

On Friday’s episode, of The Young and the Restless Abby Newman (Melissa Ordway) had her son Dominic baptized. After everyone had gone home except Devon Hamilton (Bryton James), Mariah Copeland (Camryn Grimes) announced that she and Tessa Porter (Cait Fairbanks) were moving out. During a tearful exchange, the surrogate spoke her truth and changed everything.

The Young And The Restless (Y&R) Spoilers: Time For Nate To Pop The Question – Elena Ready For Marriage?

Mariah shared that she cannot remain in the Chancellor mansion because she loves her Bowie and wants to be his mom. She promised to continue to pump milk for her son but said it hurt too much to not be able to mother him. Through her tears, she promised to return when she was stronger. It looks like Abby will be left with only Devon to depend on regularly and Mariah has come up with a way to ease her pain.

The Young And The Restless Spoilers – A New Plan Moving Forward

Spoilers tease that Mariah will announce that she wants to raise Tessa’s child which catches her partner off guard. Everyone realizes she was traumatized by Stitch but no one has grasped the depths of Mariah’s emotions as a birth mother. Tessa will be stunned by Mariah’s proposal and may not be willing to become a mother.

Tessa also has her career to consider in addition to living away from the Chancellor home and the baby. Messa is going to find their new normal brings more challenges than they realize and the couple could become distant towards one another as Mariah deals with life without her precious Bowie.