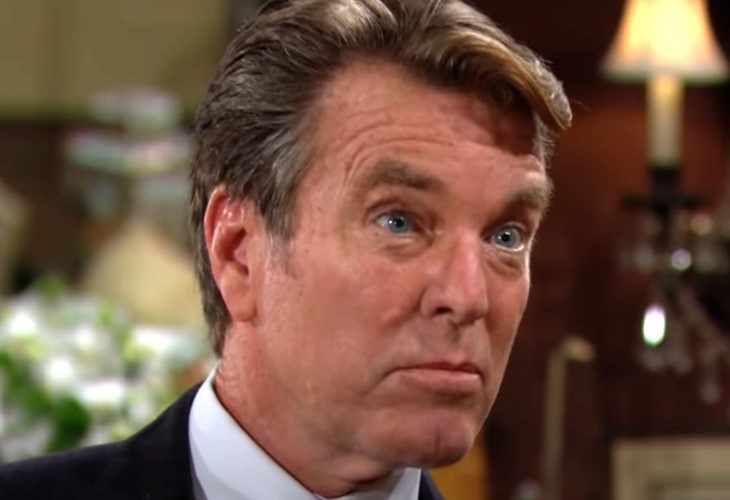 The Young and the Restless (Y&R) spoilers reveal that Jack Abbott (Peter Bergman) is having a tough time now that he’s all alone. Jack is beginning to think about his life and all of the big events that he’ll remember forever. As for what’s next, Bergman teased what is coming up, but it’s not necessarily another love story. Keep reading to find out what the actor had to say.

The Young And The Restless Spoilers – Jack Abbott An ‘Island’

Y&R spoilers reveal that Bergman compares the empty Abbott manse to Jack being on an island. Even though he has a lot of connections in Genoa City, it’s still lonely living in a completely empty house. It is forcing Jack to think about the past and his life. It’s a completely new chapter for Jack. In fact, Bergman says that his character faces “challenging crossroads.”

Even though a lot of fans would like to see Jack fall in love again, Bergman doesn’t think that it’s necessary for Jack’s next story. Speaking to Soap Opera Digest, Bergman explained that Jack is an adult and is tired of all the romantic games. He really just needs someone who can be honest and direct. Is there anyone in Genoa City that can be that kind of love interest for Jack? Bergman couldn’t — or wouldn’t — say if that kind of person even exists in Genoa City.

The Young And The Restless Spoilers – What About Phyllis Summers?

The Young and the Restless spoilers reveal that after having a few drinks, Jack blurted out his feelings to Phyllis Summers (Michelle Stafford). Bergman told the publication that he enjoyed Jack and Phyllis’ history being revisited. The actor explained that there is nobody in Genoa City that knows Jack better. As for whether they will rekindle their romance, it doesn’t sound like it. However, sometimes soaps can surprise fans.

The Young and the Restless Spoilers: Redemption and Growth
Jack has gone through a lot of different storylines through the years. Speaking of becoming the family patriarch, Bergman told the magazine,

The Young And The Restless Spoilers: Lily Concerned For Billy’s Safety – Ashland Ready To Strikehttps://t.co/wDGq6qjLFJ

“… I love the mischievous, manipulative Jack, but there’s something kind of sweet and interesting about spending so much of your adult life not making the mark when you’ve set your father as the standard, and after so many years, suddenly realizing, ‘My God, I’ve completely taken my father’s place in this family and it turns out, I’m better at it than I thought.’”

Bergman added that through all the wild, crazy years of playing Jack Abbott, the character has been forced to grow. The actor has really enjoyed Jack’s redemption. As for what the future holds, fans will have to keep watching to find out.

The Young And The Restless (Y&R) Spoilers: Fierce Wedding Fallout – Honeymoon Or…