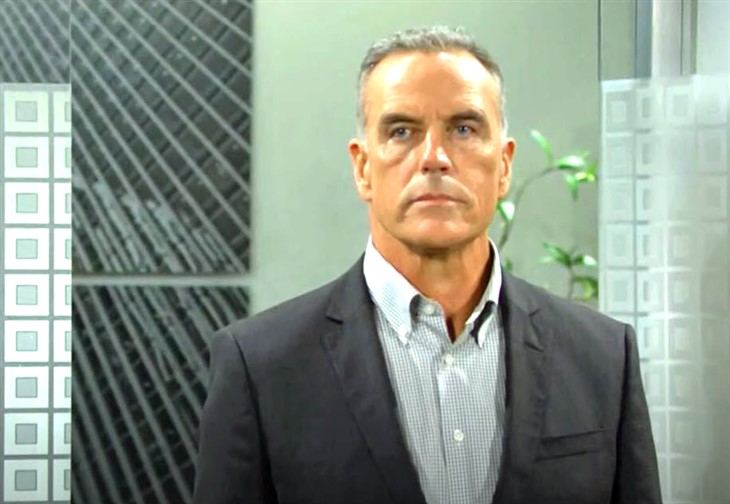 The Young and the Restless spoilers document that Ashland Locke (Richard Burgi) will not be able to talk his past away now. Jessie Gains (Jamison Jones) is the widely teased threat that arrives in Genoa City, Wisconsin, and demands a lot of cash to keep quiet.

Ashland thought that his reveal at the Newman Ranch and the follow-up meeting with Billy Abbott (Jason Thompson) would squash rumors that continue swirling over his head. Nope, as Jessie’s texts and in-person appearance supercharge the tension on Y&R.

Meanwhile, Victoria Newman (Amelia Heinle) feels the wedding walls closing in on her. While she has an ally in her father, Victor Newman (Eric Braeden), she also knows that Billy Abbott (Jason Thompson) has appointed himself as the detective who will expose Ashland

The Young And The Restless Spoilers – What Secret Can Be This Valuable?

Ashland must have killed someone, right? Is that what Jessie knows?

Maybe, Ashland stole those two television stations from the lady who was presented as his early career mentor? It is possible that he took advantage of that woman’s mental state during the last days of her life or blackmailed her into giving him those media outlets that served as the basis of what became the Locke Communications Group?

Four questions are shown above. Even one would be too many.

Whatever the backstory, Ashland does not dismiss Jessie as a crank or a kook. So, some damaging information exists.

Billy is a pest, to be sure. But he also appears to have been vindicated in this instance.

Say whatever one wants about Billy’s bad behavior during the many editions of Villy. Cite him for being a self-absorbed cad when leaving Victoria for the most shallow reasons, as he sought to find his authentic self. Oh, what a flaky line that was.

But Billy saw through Ashland’s stories and kept pressing. If Billy can get to Jessie or meet his price, then Victoria’s fiance and merger partner seem likely to be blown out of the soapy water.

The Young And The Restless Spoilers: Leslie Brooks Returns To GC As Ashland Mom?https://t.co/HR353cndrP

The Young And The Restless Spoilers – Victoria Newman Supports Fiance No Matter What?

Victoria is genuinely in love with Ashland. It is hard to tell if he feels the same way, considering the smoke that is rising.

If someone would hold hard to a deep, dark secret, might that person also be fudging feelings to facilitate a merger with Newman Enterprises? Sure.

But all of the above is not yet confirmed. Rumors are juicy and the truth must be told. Victoria could surprise everyone, including Ashland if she swallows whatever is revealed and still marries him on Y&R.