Days Of Our Lives (DOOL) Spoilers: Ciara And Ben Take Allie And Tripp Into Their Confidence 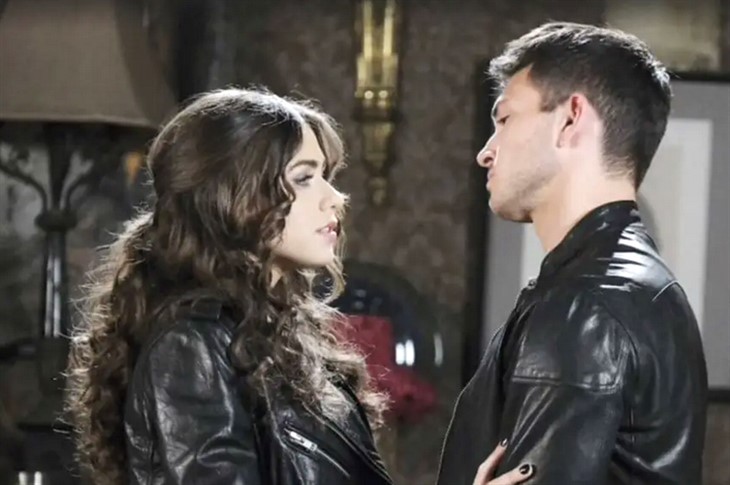 Days of our Lives (DOOL) spoilers and updates tease Ciara Brady Weston (Victoria Konefal) wants to expand her family. Ciara wants to have a baby with her husband Ben Weston (Robert Scott Wilson). Ciara wants to embrace the happiness that she has with Ben. Ciara and Ben were separated for nearly a year after they were marriage. Ciara was kidnapped and when Ben was able to rescue her, she suffered a brain injury.

Ben is troubled by the thought of becoming a father. Ben has a troubled past that he has worked to overcome. Ben does not want his past to come back to haunt him. Ben has not been close to Tripp Johnson (Lucas Adams) but he knows that Tripp would be someone he could trust to help him. Tripp knows that Ben has worked hard to overcome his dark past. Tripp has been dating Allie who recently had a baby. Tripp has been like a father to Allie’s son Henry Horton (Jayne and Kinsley Fox). Tripp could help Ben to see that he should put away his concerns. Tripp could tell Ben that he has put his past behind him. Tripp could help Ben to see that he could be a good father and to trust that he will be able to support Ciara and his child.

Ciara is determined to become a mother. She needs to know what is like to be a mother and could get Allie to help her. Allie has been able to be a good mother to Henry. Allie had to overcome many problems because of Henry’s father Charlie Dale (Mike C. Manning). Allie has been able to get help from her family and Tripp with raising Henry. Allie could help Ciara to have peace of mind that she and Ben would have the support that they would need from family and friends. Ciara may get Allie to let her help her take care of Henry to help her to prepare to become a mother herself. Allie would want to make sure that Ciara was ready to be mother.

Days Of Our Lives Spoilers: Gwen And Abigail Confrontation – Ava and Gabi Clashhttps://t.co/UPLRY4wPKt

Days of our Lives Ciara and Ben may feel that they can become parents after getting help from Allie and Tripp. Ben may be able to put his concerns behind him after he talks to Tripp. Will Ben get on board with Ciara’s plan to have a baby after Tripp sets his mind at ease? Ciara may become more determined to become a mother after spending time with Allie and Henry. Can Ciara become the mother that she wants to be? Ben and Ciara want to have a bright future together. Will Ben and Ciara find their happy future by becoming parents? Be sure to catch up on everything happening with DOOL right now. Come back here often for Days of Our Lives spoilers, news, and updates.