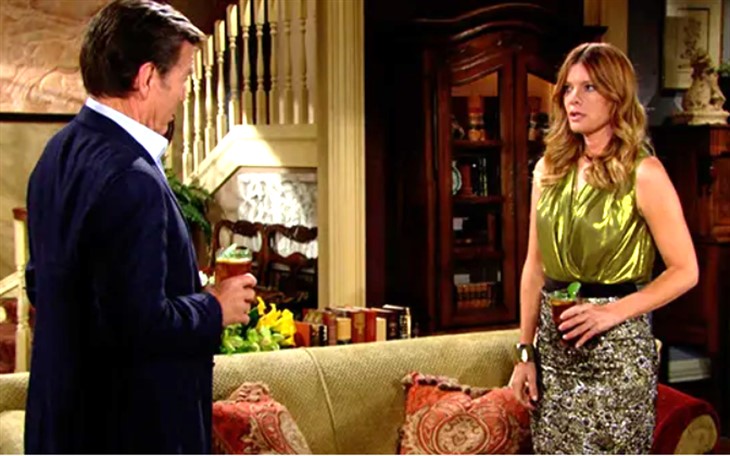 The Young and the Restless (Y&R) spoilers tease that during the stand-alone episode, Jack will be reflecting on his past life with “Red.” His emotions could get the best of him and he takes things to the next level with his former wife.

The Young And The Restless Spoilers – Jack Abbott Seeks Answers

Spoilers indicate that during the week of September 20-24, Y&R will have a stand-alone episode featuring Jack Abbott (Peter Bergman). He will reflect upon the life he once had over two decades earlier with Phyllis Newman (Michelle Stafford). Jack will seek answers so he can move forward and this may lead to his making a move on his ex-wife.

Y&R Spoilers – Phyllis Summers Will Not Say No

Phyllis has continued to flirt with danger by spending time with Jack even after he told her that he loves her. She did not put him off and neither has she told Nick Newman (Joshua Morrow) any of the details. This suggests that she is struggling with her feelings and will be open to Jack giving her a kiss.

Nick has subtly suggested to Phyllis that perhaps their relationship has hit a dead end. He also asked Jack if he thought Phick could go the distance. Sally Spectra suggested to Nicholas that something was happening between Jack and Phyllis so if they kiss he won’t be surprised. Nick could also realize his time with Summer’s mom is over and endorse her moving on with her former spouse.

Y&R Spoilers – A Kiss Will Seal The Deal

Spoilers tease that Jack might come away from the stand-alone episode feeling confident that Phyllis returns his feelings. He might go to her immediately and share what is in his heart. He could pull her into a kiss, and if she responds, this will seal the deal. It will also begin a new chapter in their lives.