Dancing With The Stars (DWTS) Spoilers: Who Got Eliminated The First Week Of Season 30? 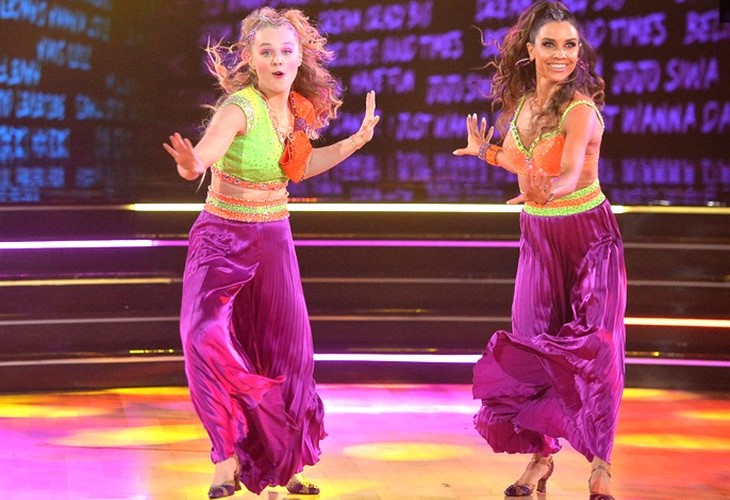 Dancing With The Stars Season 30 Spoilers – Who Got Eliminated?

That means that the first week’s scores are included next week. Those numbers are factored in when they figure out who gets eliminated.

On the bottom is Karate Kid star Martin Kove. He danced with Britt Stewart. They scored a total of 13, which is one of the lowest in the history of DWTS.

DWTS – Monday Is The Dancing With The Stars Elimination Episode

Ready to see some dancers say goodbye? On Monday, September 27, the 15 couples will dance. Then, those scores, combined with the first week’s scores will be tallied up. From there, the first Dancing With the Stars Season 30 elimination will happen.

Dancing With The Stars Spoilers – How Is Olivia Jade Doing On DWTS?

A lot of people, especially Hallmark and When Calls The Heart fans, are tuning in to the ABC show to see how Lori Loughlin’s daughter, Olivia Jade, is doing. Lori and her husband tried to bribe their daughter’s way into UCLA but got caught. They both wound up pleading guilty, and then both the Fuller House star, and her multi-millionaire husband, Mossimo Giannulli spent some time in jail. 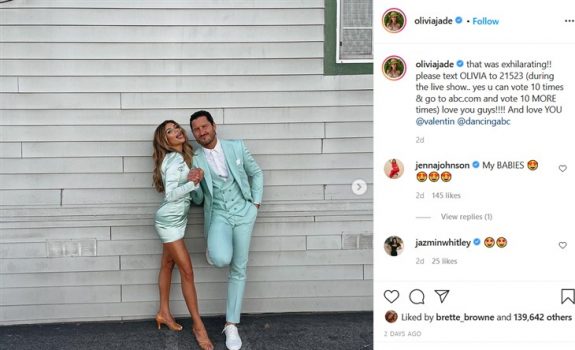 Now Olivia Jade is dancing with Val Chmerkovskiy. She is also dealing with a lot of pressure.

A lot of haters were hoping she would fail when she did the Salsa in her first dance. But, it seems that she did pretty well. Moreover, the judges were more than positive about her first foray on the public dance floor. A lot of Hallmark stars, like Danica McKellar, shared their support for her on social media.

After they danced and were judged, Olivia Jade wrote on Instagram, “that was exhilarating!! please text OLIVIA to 21523 (during the live show.. yes u can vote 10 times & go to abc.com and vote 10 MORE times) love you guys!!!! And love YOU @valentin @dancingabc.”

Now, the two are working for Monday’s big elimination show. Val wrote on Instagram, “in the process. Been really cool connecting with this young lady and getting to choreograph and dance with her. Excited to perform this piece next Monday. #dwts #Valivia @dancingabc @oliviajade.”

Dancing With The Stars Spoilers – Fans Can See How She Does On DWTS On Monday, September 27.

Be sure to check back for all the latest information on this ABC show. Catch up with all of the latest Dancing With the Stars Season 30, including spoilers, news, and updates.