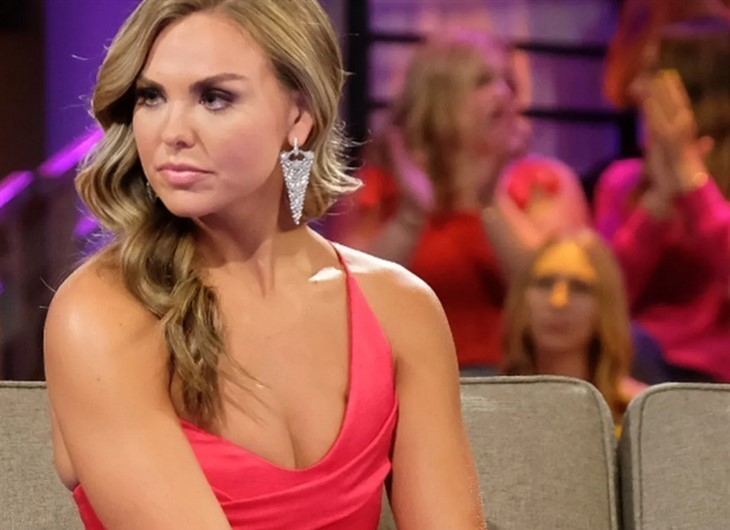 Dancing With the Stars (DWTS) fans heard that Season 30 won’t feature Chris Harrison after all, but it does feature Matt James from The Bachelor. He met up with Season 28 winner Hannah Brown ahead of the premiere for a walk-through. The ABC show premieres on September 21. So, is he looking ready to take that Mirror Ball Trophy home?

Pressure comes for Matt James as the last two winners came from Bachelor Nation. He’s the only one trying for it from Bachelor Nation. Early speculation suggested that Tayshia Adams might feature. Additonally, rumors about Chris Harrison sounded very strong. Well, new rumors suggest that Matt might partner with pro-dancer Lindsay Arnold. Matt might have a hard time as a third Nation winner in a row will definitely make fans think something’s cooking in favor of these contestants.

The Dancing With the Stars hopeful already mentioned that he struggles a bit with the physical side of dancing. Although he’s fit and hunky, that doesn’t help much with the demands of ballroom dancing. Monsters and Critics reported that he already took advantage of some massages vouchers from his girlfriend, Rachael Kirkconnell. According to E! News, he suffers from a lot of stiffness. Did that stiffness become apparent when he met with Hannah Brown?

Dancing With The Spoilers – Stars Winner Hannah Dances With Matt

Taking to his Instagram, Matt Bown revealed that he and Hannah danced a bit on the sidewalk. He captioned a clip with, “Dancing With The Stars Premier Monday night (TOMORROW) on ABC at 8 PM EST! I met up with Breezy (@hannahbrown) for one last walk through before I get to show y’all what we’ve (my PARTNA) being cooking up 🕺🏾💃🏼.”

Dancing With the Stars fans felt that Matt James looked a bit stiff. Actually, they just ran through a few dance moves. While some fans wished him good luck, others looked and decided he’s really not yet ready for the premiere. Mind you, they can’t say whether he’d just spent hours rehearsing. Perhaps Hannah was gentle with him as she knows how it feels to get ready for the stage.

Tom Bergeron Teases Fans With Surprise TV Comeback: What Could It Mean?https://t.co/ehWwXnrmPU

In the comments section, a fan of the ABC show wrote, “Omg if this is [a] preview of their dancing 🤦🏽‍♀️.” In the replies, a fan noted, “yeah he’s stiff and has no rhythm.” Then another DWTS fan who agreed wrote, “yeah pretty bad, had me like 😬🙈.”

Even less encouraging, another critic suggested that Matt’s only about ready to “watch the stage.“