Days Of Our Lives: Chloe Freaks When She Learns About Nancy’s New Man! 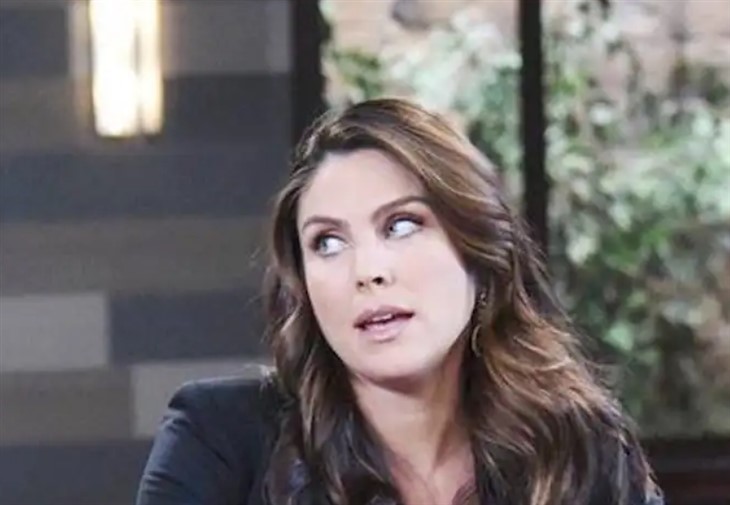 Days of Our Lives spoilers tease that Chloe Lane (Nadia Bjorlin) didn’t expect her parents to divorce at their stage in their lives. She was shocked when her father, Dr. Craig Wesley (Kevin Spirtas) revealed that he was gay. He divorced Nancy Wesley (Patrika Darbo) and revealed that he was going to marry Leo Starke (Greg Rikaart) of all people.

Chloe knew that Leo was a con artist and made it her mission to get her father away from Leo. Chloe was successful. She never dreamed that Nancy would begin dating someone worse than Leo, but when she discovers the identity of Nancy’s new man, Chloe is going to step in once again!

Days Of Our Lives Spoilers: Jake And Ben Catch Up Over Life And Love

Days Of Our Lives Spoilers – Clyde Weston Has An Eye For Nancy Miller!

Nancy joined a dating app and was matched with Clyde Weston (James Read). Clyde has been completely honest about his past to Nancy. Clyde was recently released from prison and the list of his crimes was quite large. He is also the father of Ben Weston (Robert Scott Wilson), who although has reformed was once a serial killer. Ben recovered but many of his issues stemmed from being abused as a child, by Clyde.

Clyde also has crimes that he has never been charged with. He is responsible for the shooting of EJ DiMera (Dan Feuerriegel) who he left for dead. EJ was saved by Dr. Wilhelm Rolf’s (William Utay) serum, but his family believed that EJ was dead for several years. While Clyde seems to be trying to live within the parameters of the law these days, he still has much to answer for.

As bad as Chloe felt that Leo was for Craig, it will be nothing compared to once she realizes Clyde is Nancy’s new beau. Chloe may come across as an interfering daughter, but her parents’ choices in the love department leave much to be desired. Chloe has lived in Salem on and off for years and she knows exactly who Clyde was. As much as Clyde may want to reform, his past will always haunt him. And Chloe won’t want Nancy to pay for Clyde’s former life. And that’s assuming that Clyde has actually reformed.

Days Of Our Lives Spoilers: Jake And Ben Catch Up Over Life And Love https://t.co/pJUWAR1jTq pic.twitter.com/VHWNlNZvmu

Should Chloe interfere with Clyde and Nancy? Or should she let her mother be happy with Clyde? Is Clyde’s past really behind him? Anything can happen in Salem so stay tuned to Days of Our Lives airing weekdays on NBC. And don’t forget to check back right here regularly for all your Days of Our Lives news, information, and spoilers!