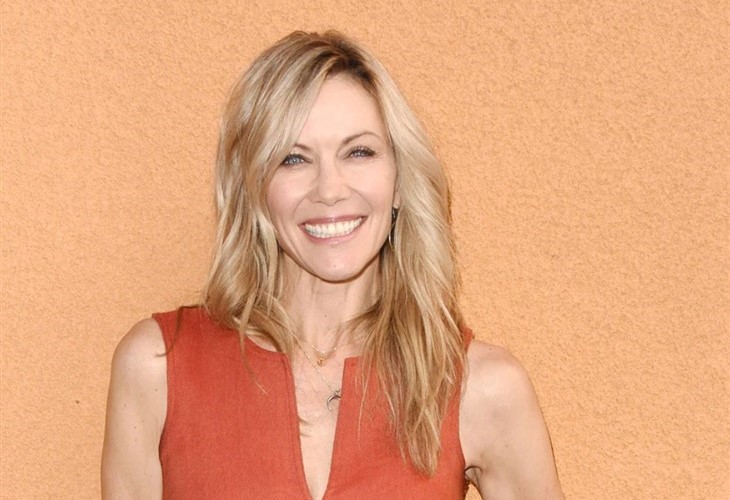 Days of Our Lives spoilers and updates tease that Stacy Haiduk has some exciting news to share. The actress’ daughter, Sophia Tatum, has landed a role on CW’s Riverdale.

Tatum, who takes on the role of Agent Drake, posted some behind the scenes photos on Instagram.

“Meet Agent Drake on the latest episode of @thecwriverdale on @thecw Super super grateful for this opportunity!!!!!! 🙌🙌 #riverdale #thecw #thecwriverdale”. Haiduk also posted a video of a brief clip of Tatum on Riverdale in her Instagram story with a caption that said, “Excited to see my daughter on Riverdale!!!! 🥰🤗 Well done love!! 👏,” she wrote.

Nancy Miller (Patrika Darbo) will cause a scene that would help Justin’s plan to drag the wedding out. Craig Wesley (Kevin Spirtas) is happy that Nancy decided to attend his wedding. But things won’t go according to plan when Chad appears and introduces Leo’s partner in crime to everyone.

The wedding crasher, who was brought to the wedding by Chad, will reveal Leo’s plan. Craig will be furious when he learns about Leo’s scheme.

Leo and Craig’s wedding will be an epic failure. It seems like Gwen Rizczech (Emily O’Brien) and Cook Kiriakis (Paul Telfer) will suffer the same fate. Abigail DiMera (Marci Miller) scores some crucial information from Ava Vitali (Tamara Braun) that will help her bring Gwen down.

Abigail will have enough ammunition to bury her half-sister Gwen. Spoilers hint that Abigail will interrupt Gwen and Xander’s nuptials and drop the shocking revelation.

Days of Our Lives POLL: Should Nancy And Clyde Hook Up? #DOOL #daysOfOurLives #Days

DOOL Spoilers – Allie Horton Lets BenWeston In On Her Agenda

Allie Horton (Lindsay Arnold) will tell Ben Weston (Robert Scott Wilson) about her plans. Ben is worried and helpless since he can’t protect his family against the devil. He’ll be locked up in the DiMera crypt along with Johnny DiMera (Carson Boatman). Ben’s disappearance will worry Ciara Brady Weston (Victoria Konefal) and she’ll be at risk of falling into Allie’s trap.