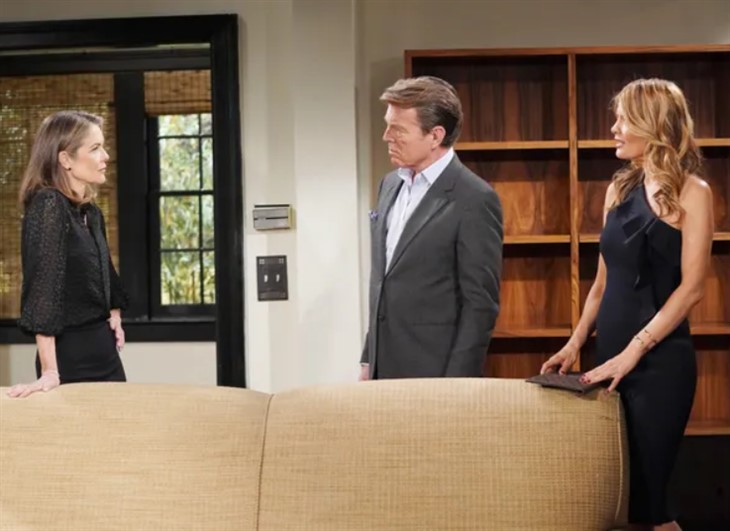 The Young and the Restless spoilers document that Phyllis Summers (Michelle Stafford) is teased to work for Marchetti as part of her plan to bring down Diane Jenkins (Susan Walters). Kyle Abbott’s (Michael Mealor) hiring of his mother in the recent past is followed by Summer Newman Abbott’s (Allison Lanier) decision to let Phyllis in.

Summer and Kyle are smart. That shared trait makes viewers wonder why they would be okay with hiring two rivals?

Plus, Summer knows that her mother loves The Grand Phoenix Hotel. Asking her and the viewers to believe that Phyllis would step away from the GP, after just receiving an eye-popping offer to sell it, is not good business sense. But, as she has admitted, when it comes to Diane, Phyllis does not think clearly.

The Young And The Restless Spoilers: Implications Of Victor’s Coverup – Victoria’s Nightmare Does Not End

It was unusual that Lily Winters (Christel Khalil) would decide that among her early set of priorities, when taking the helm at the combined Chancellor-Winters corporation, would be to buy the GP. However, the audience sees that gave Phyllis a plausible reason to take her claimed break from driving her signature comeback vehicle.

Phyllis seemingly has a staff she trusts to handle day-to-day hotel affairs. That is how she pitched Summer, who accepted her mother’s thin explanation.

Soap fans know that daytime is about drama. So, the next Phyllis-Diane fight is established.

Diane approached Kyle in the recent past and asked if he would help her to get a job. He had been helping to pay her expenses, and she wanted to be self-sufficient.

Kyle’s quick embrace of his mom, following her return from the dead reveal in Los Angeles, California, was a bit of a stretch. But Mealor’s acting chops allowed the suspension of disbelief to work.

However, is it also believable to insert Phyllis into the mix at Marchetti especially when Jabot just added this piece to its portfolio?

The Young And The Restless Spoilers – Phyllis Summers Aims To Sabotage

Phyllis told her allies, Nikki Newman (Melody Thomas Scott) and Ashley Abbott (Eileen Davidson), that she wants to sabotage Diane. The plan is to make her look so bad at Marchetti that Kyle and Summer turn against her.

The chance that Phyllis’ plan could fall, either while in the process of happening or at a later point in the plot, is good. Diane is a powerfully resilient force. So, Summer and Kyle’s hopes for family peace seem destined to fail.